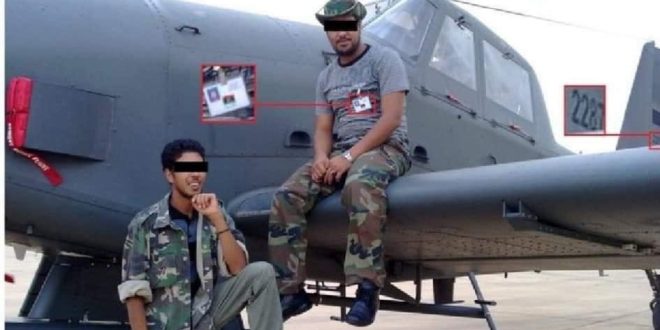 UAE has provided Haftar with aircraft from Denmark, report says

A report by Danwatch news investigation agency said that there is fear that Danish military equipment sold by Tirma Firm in the UAE could get to the hands of dubious actors.

The report added that when the UAE received 24 IOMAX Archangel bombers with anti-missile equipment in 2015-2017, it replaced the aircraft with an almost identical type; a bit older with the same trademark, saying that these jets were used in Yemen war and then in Libya to support Haftar.

“Danish Danwatch, TV2 and Dutch Lighthouse media outlets have all documented the presence of IOMAX in a Libyan airbase from satellite images in 2017. Since then, with some reports by UN panel of experts about the aircraft, the manufacturing firm of IOMAX admitted to the matter.” The media office of Volcano of Rage Operation said.

Danwatch and TV2 said the UAE has a history of reselling military equipment to dubious parties via international conferences, meanwhile, German authorities conducted lately investigations to figure out how Haftar’s forces had possessed German military equipment despite the UN arms embargo on Libya.