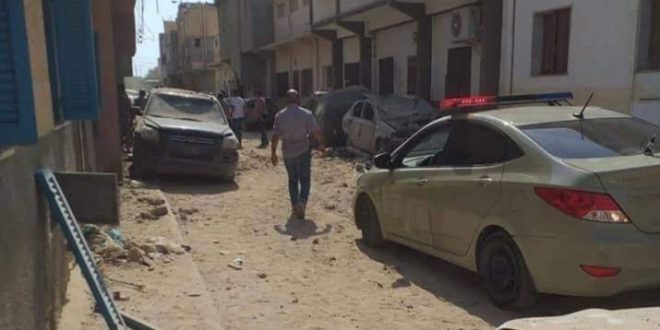 Seven people have been killed and over 12 others injured, one amputated, in a grad rockets attack by Khalifa Haftar’s forces on Souq Al-Thelutaa roundabout in Tripoli.

The Libyan Health Ministry confirmed Sunday afternoon that seven civilians had been killed and that more that 12 others including women and children had been severely injured by Haftar’s forces attack.

Photos from hospitals in Tripoli showed one of the injured persons lying on a stretcher with his leg amputated after Haftar’s rockets injured him.

The attack targeted a totally civilian area in Tripoli; Sooq Al-Thelutaa roundabout and Gharbi Street, according to the Volcano of Rage Operation.