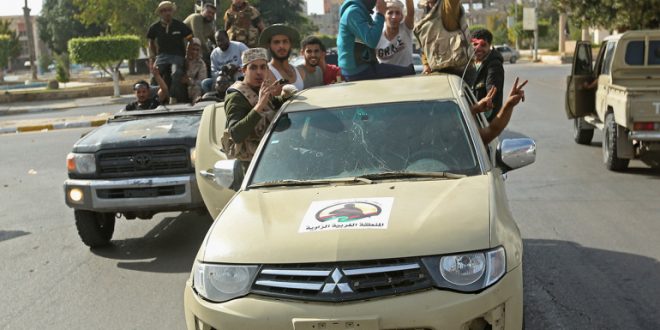 The city of Gharyan has been the scene of heavy clashes this morning as Libyan forces under the command of the Government of National Accord have thwarted attacks by Khalifa Haftar’s forces via Ghout Al-Reeh frontline, Mayor of Gharyan Yousef Al-Badri confrmed.

Al-Badri told local media Monday that the attack of Haftar’s forces included UAE drones that raided many locations in the city.

Some conflicting news also said that Haftar’s forces managed to advance on Al-Asaba town, which they lost to GNA forces last month.

The mayor of Gharyan also said that GNA forces had foiled all Haftar’s attacks on the city which is now seeing an uneasy calm after the failed advance attempt of Haftar’s forces.