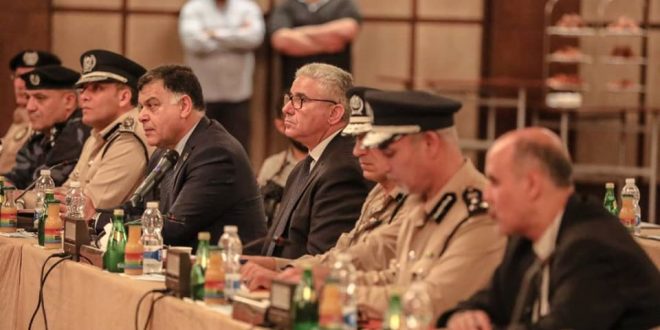 The Libyan Interior Ministry discussed in a meeting Tuesday mechanisms to recruit individuals from backup forces who have been fighting on and around Tripoli frontlines.

The Interior Minister Fathi Bashagha reviewed in the meeting experiences from different countries during their civil wars and the recruiting of the armed elements in state institutions as part of a national reconciliation plan, according to the Interior Ministry’s Facebook page.

Bashagha also said that the meeting aimed to put in place a program for backup forces in order to have them join state institutions after the end of the war, adding that Defense and Interior Ministries bear the biggest responsibility for the involvement of those forces in their employment programs, urging for providing the necessary financial support by relevant state authorities for this plan.

He indicated that there should be more cooperation between Interior and Defense Ministries in this matter as the committees of the two ministries have been studying this program for over a year, saying there is now security and military vacuum in most areas around Tripoli.

“It’s time we built state security and defense institutions and this needs better economy and more financial assistance for security and military projects in the country.