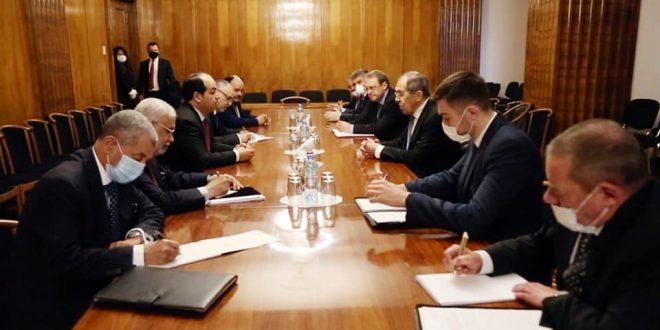 The Russian Foreign Ministry said Moscow had emphasized the importance of an early cessation of hostilities and the organization of an inclusive dialogue with the participation of all the leading Libyan political forces and social movement.

Russian Foreign Minister Sergei Lavrov said on Wednesday that the presence of Russian prisoners, arrested in May 2019, in the Libyan capital of Tripoli was the main obstacle to cooperation between the countries.

He added that they need to consolidate international efforts in support to Libya settlement under the UN auspices, based on conclusions of the Berlin international conference on Libya held on January 19 and on Resolution 2510 of the United Nations Security Council,” the Russian Foreign Ministry said.

Lavrov also stressed the particular timeliness of the appointment of a new special representative of the UN Secretary-General for Libya instead of Ghassan Salame who resigned last March.