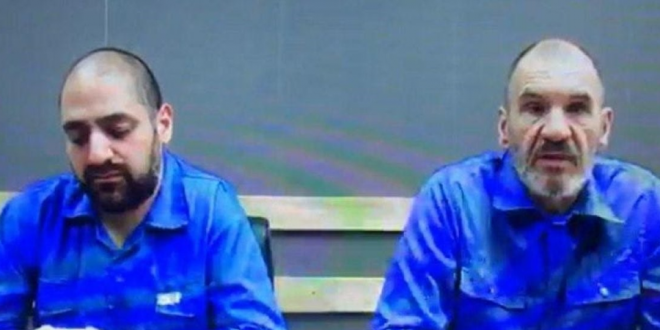 Libya’s Volcano of Rage Operation under the command of the Government of National Accord (GNA) reported an official source as saying that the detained Russian spies are linked to the mercenary Wagner Group.

The source was cited as saying that the Libyan Intelligence sent the files of Maxim Shugaley and Samir Seifan to the Public Prosecution for acts against the state of Libya, explaining on Sunday that the two spies had entered Libya for military and economic espionage not for the reasons stated on the applications for their visas.

According to the source, the two Russian spies are working for a firm owned by Wagner Group owner Yevgeny Prigozhin, and they had been sending daily reports to Russian superiors on economic and military conditions in Libya.

“They have even met with the fugitive Saif Al-Islam Gaddafi more than once as they are part of a firm lobbying for Saif Gaddafi for the upcoming elections in Libya.” The operation added, saying many details of their work had been found on their computers and mobile phones.

The source also indicated that the two Russian spies recruited Libyans to gather intelligence and information and trained them to work in the future on influencing the elections in the country.

The two Russian spies were accompanied by two others; Alexender Brokoviv and Constantin Walksandir, indicating that they had forged firms’ stamps to carry out some financial procedures, the source said, adding that they were tasked to work on securing a military base for Russia in Libya and preventing the US from having one, in addition to controlling Libyan oil and gas industry.

Bloomberg reported Libyan official as saying that Tripoli will try the two Russians at court despite pressure by Moscow, which told the Libyan delegation headed by Foreign Minister Mohammed Sayala and Presidential Council member Ahmed Mitig on their visit last week that the issue of these two Russians is hindering more growing cooperation between Russia and Libya.