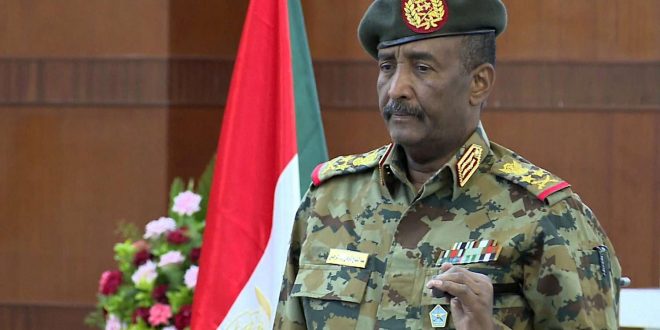 The Sudanese Popular Congress Party (PCP) on Monday called on the government to “line up with the international community in support of the legitimate government in Libya.”

In a statement, the party of the late Hassan Al-Turabi, said: “After the great victories achieved by the legitimate Government of National Accord, the forces supporting the coup leader [Khalifa] Haftar have launched an initiative to cease fire and resume political dialogue with the aim of stopping the progress of the government forces.”

“The ceasefire initiative and the call for the current political dialogue came from a non-neutral party, as a phased tactic to stop the progress of the forces of the Government of National Accord, and to save the defeated party from its inevitable fate,” it added in reference to Egypt which launched the truce initiative after Haftar suffered losses last week.

The statement continued: “We call on the Sudanese government to line up with the international community in support of the legitimate government in Libya.”

The statement also called on all “external forces” to “desist from supporting the illegal elements of the coup in Benghazi and withdraw all the mercenaries from Libyan soil.”

On Saturday, Egyptian President Abdel Fattah Al-Sisi announced a “political statement”, which he said was meant to solve the ongoing conflict in Libya.

In a press conference, held in Cairo with Speaker of the Libyan House of Representatives, Aqila Saleh, and Haftar, Al-Sisi talked about an agreement on a “political declaration” to end the conflict in Libya. It began with a ceasefire which came into effect yesterday.