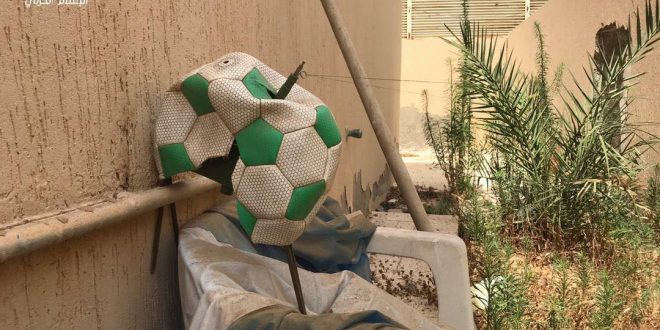 Reporting 27 deaths and 40 injuries due to landmines and IED’s in civilian areas of south Tripoli up to 9 June, the Ministry of Justice of the internationally recognized Libyan government based in Tripoli yesterday announced that it had formed a committee to investigate these grave human rights violation.

It will also conduct the search for, and the collection of dead bodies found in areas previously under the direct/indirect control of the Khalifa Hafter forces – including mass graves and planted IEDs.

The committee, working under the Public Prosecutor’s Office, will have the power to unearth graves, ascertain causes of death, identify bodies and report on possible human rights violations.

The formation of the committee comes on the back of the Ministry of Justice issuing a statement yesterday revealing the increased incidents of victims of mines/IED’s left by the Hafter forces in civilian homes in south Tripoli. The Ministry confirmed that the planted mines/IED’s included ones planted in children’s toys, which it said displayed a total lack of human morals.

It assured that it had documented all these crimes under domestic and international law and urged citizens not to return to their homes until they had been officially cleared of mines/explosives.

The Ministry of Justice also reported that its Joint Committee for Monitoring and Documenting Violations of Human Rights held its regular meeting yesterday.

It reviewed the cases of victims of landmines who fell as a result of mines planted by Hafter’s forces before their withdrawal from southern Tripoli. Losses suffered by the displaced persons who recently tried to return to their homes as well as the demining experts and their companions were also reviewed.

The committee also addressed the issue of bodies found in Tarhuna General Hospital and those recovered from mass graves around the city after the escape of the Hafter-aligned Kani militias that had previously controlled the city of Tarhuna.

The Committee also reviewed reports submitted on violations to be include in its forthcoming report.