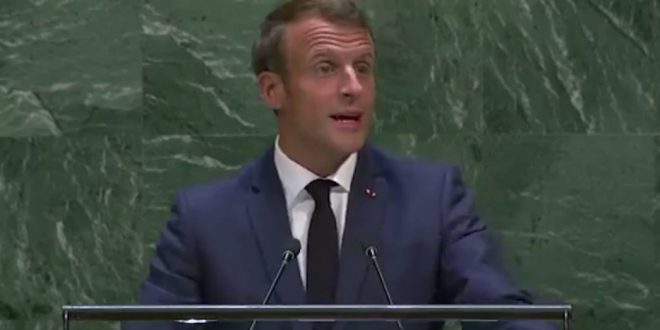 France on Sunday slammed Turkey’s “aggressive” intervention in the Libya conflict as unacceptable, accusing its fellow NATO member of violating a UN arms embargo and sending half a dozen ships to the war-torn country’s coast.

Turkey, supported by its main regional ally Qatar, backs the UN-recognised Government of National Accord (GNA) in Tripoli in the conflict against the forces of eastern Libya warlord Khalifa Haftar.

France, despite public denials, has long been suspected of favouring Haftar, who has the backing of Egypt, Russia and the United Arab Emirates.

Paris is angered by an “even more aggressive and insistent stance from Turkey, with seven Turkish ships deployed off the Libyan coast and violations of the arms embargo,” a senior presidential official said.

“The Turks are behaving in an unacceptable manner and are exploiting NATO. France cannot just stand by,” added the official, who asked not to be named.

French President Emmanuel Macron has already held talks on the issue this week with US leader Donald Trump, and “exchanges will take place in the weeks to come on this subject with NATO partners,” the official said.

The comments came after a Turkish warship on Wednesday prevented a new EU naval mission enforcing the Libya arms embargo from checking a suspect freighter off the Libyan coast.

Turkey has sent Syrian fighters, military advisors and drones in support of the GNA, in a deployment which has changed the course of the conflict, with Haftar’s forces enduring a string of defeats.

Tensions have risen over the last yeat between Macron and Turkish President Recep Tayyip Erdogan, notably when the French leader said that the lack of NATO response to a unilateral Turkish operation in northern Syria showed that the alliance was undergoing “brain death”.

Despite being on opposing sides of the conflict, some analysts think that Russia and Turkey may yet to find an accord for Libya as they did with Syria.

But Russia’s foreign and defence ministers postponed a planned visit to Turkey on Sunday to discuss the Libya and Syria conflicts, without any clear reason being given.