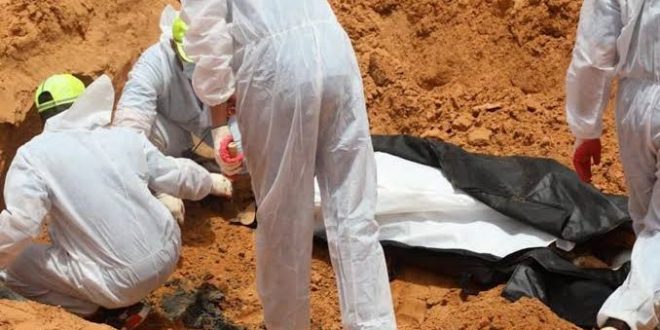 Libya’s Attorney General’s Office revealed yesterday that it has been receiving reports and investigating the alleged crimes in Tarhuna since 2017 – including those on crimes committed by the Kani (Kaniat) militia family. It said that since 2019 it has conducted investigations into the alleged crimes and has taken sworn statements from witnesses and victims’ families.

Through these investigations it said that it was able to locate numerous mass graves where victims had been buried in 2020.

In November 2017 it had issued warrants for over 14 individuals, including some of the Kani brothers.

The Attorney General’s Office also revealed that it had formed a committee to locate graves, exhume bodies for identification, and establish the cause and means of death. It will also match the DNA of victims with their families to establish identification.

It also confirmed that it had already conducted a visual inspection of the 107 bodies found in Tarhuna hospital on 5 June and that it was awaiting post-mortem reports. It also invited any other victims to report their complains to its office.

The Attorney General’s Office also revealed that it was in contact with and cooperating with UNSMIL and the International Criminal Court.

Finally, it concluded that it will continue to investigate in secrecy in order to protect witnesses.