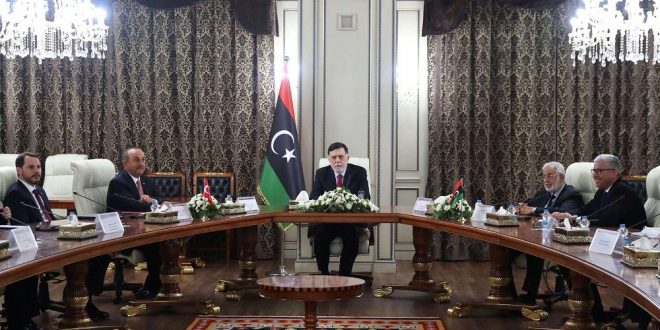 The delegation met with the U.N.-backed Government of National Accord (GNA) Prime Minister Fayez Al-Sarraj.

The visit came amid efforts to reach a ceasefire and eventually launch a political process in the war-torn country after GNA made advances against rival General Khalifa Haftar’s forces.

The two sides discussed the kickoff of development projects in Libya in economy, security and military fields as well as in trade, education and infrastructure, such as building bridges and public as well as private residential sites.

They also reviewed the ongoing conflict and international efforts to reach a solution for the crisis, and talked about the return of Turkish firms to resume their projects in Libya.