Home / Normal / Official: Haftar will have no political role in Libya 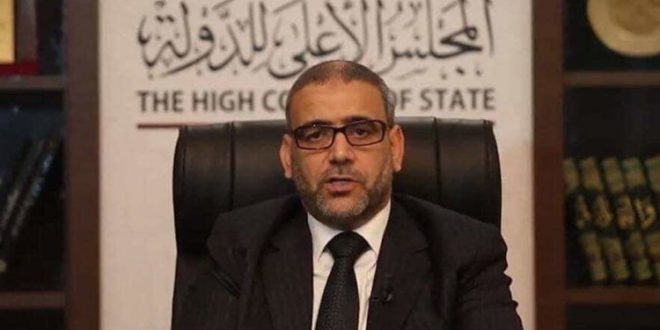 Official: Haftar will have no political role in Libya

The official added that there are ongoing and open talks between Turkey and Russia, adding that “we have clarified our principles that [renegade General] Khalifa Haftar will have no role in any way or at any stage”.

When asked about an impending military overture to capture Khalifa’s eastern stronghold Sirte, Al-Mishri said: “It should be clear that we want to place all the Libyan territories under the GNA’s authority.”

“The Turkish-Libyan partnership is based not only on providing military assistance, but also on three parallel axes, namely: assisting the GNA in extending state control over the entire country, helping in establishing and unifying state institutions, as well as implementing development projects,” he continued.

“These matters were discussed during my visit to Turkey last week, and my meeting with Turkish President Recep Tayyip Erdogan in Ankara.”

“All difficulties will be overcome in order to start tangible projects for the citizens,” added Al-Mishri. “We will then move to the stage of stability, up to the required elections and referendums to complete the political process.”

On Wednesday, the Head of the Presidential Council of Libya, Fayez Al-Sarraj, received a high-level Turkish delegation including Foreign Minister Mevlut Cavusoglu, Minister of Treasury and Finance, Berat Albayrak, Head of Turkey’s National Intelligence Organisation, Hakan Fidan, and a number of other senior officials.

According to a statement published by Al-Sarraj’s media office, the officials discussed the developments in Libya, international efforts to solve the current crisis, cooperation in various fields, the Turkish companies’ resumption of work in the North African state, in addition to cooperation and integration mechanisms in the fields of investment, infrastructure and oil.