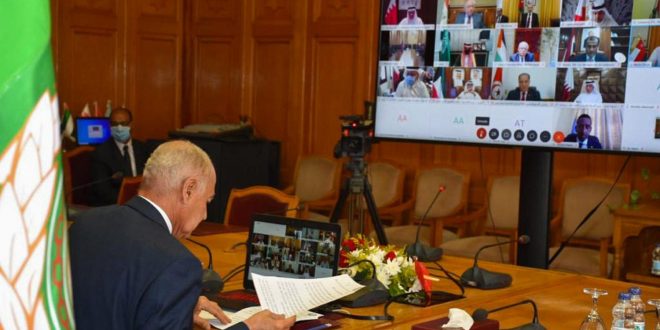 Arab foreign ministers said on Tuesday that they wanted to avoid a new battle in Libya and called for a truce as the warring sides mobilise near the main oil region as their foreign backers threaten an escalation.

“Libya is passing through a dangerous turn in the course of its conflict,” Arab League Secretary-General Ahmed Aboul Gheit said in a statement.

“The military option will not achieve victory for any side … and the military action will not bring peace or establish stability on the Libyan soil,” Gheit told an online emergency meeting of the foreign ministers. The meeting was called by Egypt to discuss the latest developments in its neighbour.

“The political solution is the only way to settle the Libyan crisis,” he said after an online meeting of the bloc’s foreign ministers.

A ceasefire on all battlefronts, especially around Sirte, will enable the Libyan parties to re-engage in the United Nations-brokered negotiations to reach an agreement for a comprehensive and permanent ceasefire all over the country, Abul Gheit said.

Prior to the meeting, Libya’s internationally recognised Government of National Accord (GNA) rejected Egypt’s invitation to hold a meeting, saying that calls for peace talks were being initiated by allies of the eastern-based renegade military commander Khalifa Haftar.

Earlier in the week, Egyptian President Abdel Fattah el-Sisi called on the GNA to stop its counteroffensive against Haftar’s forces east of the capital, Tripoli, threatening military intervention and criticising Turkish involvement in Libya.

Al Jazeera’s Mahmoud Abdulwahed, reporting from the capital Tripoli, said that the GNA rejected any Egyptian initiative, as it accused Cairo of declaring war against Libya.

“They say Egypt violated Libya’s sovereignty by threatening to intervene in the country,” he said.

“Libya’s internationally recognised government is planning to downsize its diplomatic representation in the Arab League on account of what it calls the double standard the league adopted in relation to the Libyan crisis.”

In a sign of convergence between France and Egypt, French President Emmanuel Macron said on Monday that he could understand the “legitimate concern” of el-Sisi.

“I don’t want in six months, or one year or two, to see that Libya is in the situation that Syria is in today,” said Macron, who also accused fellow NATO member Turkey of playing a “dangerous game” in Libya.

Meanwhile, Turkey’s foreign ministry hit back at French criticism of its intervention in Libya in support of the GNA, saying Macron must have suffered an “eclipse of the mind” to oppose Ankara’s support for the Tripoli-based government.

“The current troubles in Libya are caused by the attacks of putschist Haftar, whom [Macron] supports and who is a warlord who refused ceasefire accords in Moscow and Berlin,” Turkey’s Foreign Ministry spokesman Hami Aksoy said, referring to international efforts to end the fighting in January.

The LNA, backed by the United Arab Emirates, Russia and Egypt, has fallen back as far as Sirte, on the central Mediterranean coastline, where air raids have stopped the GNA advance.

Both sides are now preparing to battle for Sirte. The LNA retreat to Sirte was a blow to Haftar, whose goal of uniting Libya by force after years of chaos and division hinged on the offensive he launched in April 2019 to capture Tripoli.

Any further advance by the GNA would give it the chance to take back control over Libya‘s “oil crescent”, the region where most of the OPEC member’s energy is produced and exported.

Its military success in recent weeks has depended partly on the support of Turkish drones, which targeted LNA supply lines and troop formations.

Last month, the United States said Russia had flown warplanes to an LNA base and last week, it said they were now operating in the vicinity of Sirte.

However, diplomats say a new battle for the town – the western gateway to Libya‘s main oil terminals – could still be avoided, particularly if Turkey and Russia can hash out an agreement.

Russia said on Tuesday that it wanted a ceasefire in Libya and denied a UN report last month that said it had up to 1,200 mercenaries fighting in the country.

International Relations and CooperationSecurity Situation
All
2020-06-24
asaeid
Previous International Criminal Court: We have received reliable reports on 11 mass graves in Tarhuna
Next Syria’s Assad announces support for Haftar and Sisi in Libya