Home / Normal / Libya defence minister to Sisi: Nothing will stop our progress towards Sirte 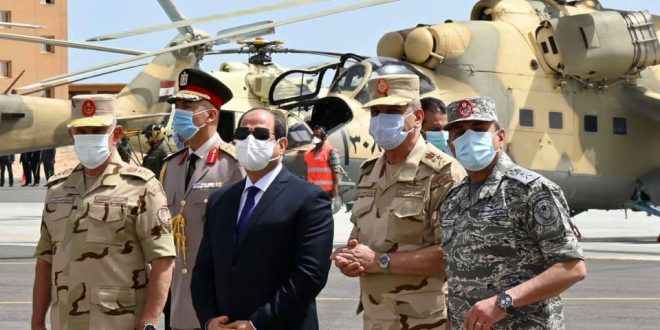 Libya defence minister to Sisi: Nothing will stop our progress towards Sirte

The Ministry of Defence of the Libyan Government of National Accord (GNA) said it will continue in its moves to recapture the eastern city of Sirte from the forces of renegade General Khalifa Haftar despite the warning of Egyptian President Abdel Fattah Al-Sisi that the city represents a “red line” for his country.

“No red lines can hinder the progress of our forces’ advancing towards Sirte,” said Salah Al-Din Al–Namroush, Undersecretary of the Ministry of Defence, in an interview published by the Anadolu Agency yesterday.

Al–Namroush stressed that the GNA’s objective is to defeat Haftar’s Libyan National Army and take control of the entire city located 450 kilometres east of the capital Tripoli.

He continued: “The GNA’s forces are at the gates of Sirte, and the liberation process has not been delayed. Our forces are doing some preparations on the outskirts of the city.”

“We are a government that seeks to reconcile and reach a political solution, in order to avoid bloodshed. However, the aggressor did not abide by all previous agreements, and all attempts to establish the ceasefire have failed, but we still insist on pursuing the political and military path.”

Asked about the “Cairo Declaration” put forward by Al-Sisi after his ally Haftar suffered large losses in Tripoli, the GNA official said: “We have no comment on it. We are open to suggestions and have good relations with all countries that have not interfered in our internal affairs and did not violate Libyan sovereignty.”

He accused the UAE of interfering in Libyan affairs and providing military support to Haftar’s forces, while condemning Russia’s use of mercenaries to support the LNA.