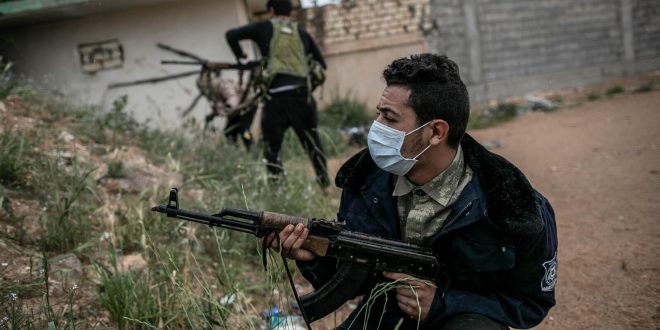 US officials pushed Libya’s UN-recognized Government of National Accord (GNA) to demobilize its militias in a virtual meeting this week, the State Department announced today. The State Department also announced that “the US delegation will convene a similar conversation” with representatives from the Libyan National Army (LNA), led by strongman Khalifa Hifter.

“The delegations reaffirmed that armed groups that attempt to spoil the political process or engage in criminal acts do so at a significant risk of international sanctions,” the State Department said in a statement. The statement also noted that US and GNA representatives “affirmed that all Libyan citizens should enjoy the protection of capable and accountable security forces, free from the dangers posed by militias, armed groups and foreign fighters.”

Why it matters: The United States is pushing for a diplomatic solution to the Libyan conflict as regional powers continue to fuel what has become a rapidly escalating proxy war. The Turkey-backed GNA has pushed back Hifter’s forces from Tripoli in recent weeks, making a slow advance on Sirte, the strategic gateway to major oil facilities. This has prompted Egypt to threaten to deploy forces on behalf of Hifter, who also receives support from the United Arab Emirates and Russia. France has also thrown its weight behind Hifter, while Italy — Libya’s former colonial power — is closer to the GNA.

What’s next: The US delegation “stressed opposition to all foreign intervention in Libya and discussed the imperative of an immediate cease-fire and return to UN-facilitated security and political negotiations.” 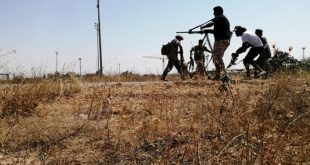