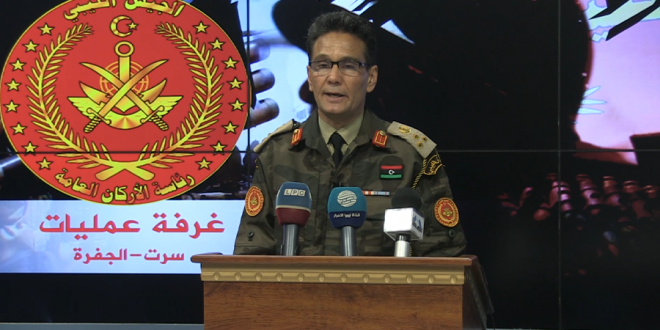 The Spokesman for the Sirte-Jufra Military Operations Room, Brigadier-General Abdel-Hadi Drah, confirmed on Friday the arrival of six anti-aircraft Pantsir air defense systems to the city of Sirte, arriving from Russia.

Drah added in a press statement that more than 11 Russian cargo planes landed at the Qardabiya Base, south of Sirte days ago, carrying mercenaries from Syria, weapons and ammunition on board.

He went on to confirm that the Libyan Army forces are ready and prepared to advance toward Sirte and Al-Jufra without delay, as soon as the orders are issued by the Supreme Commander of the Libyan Army.