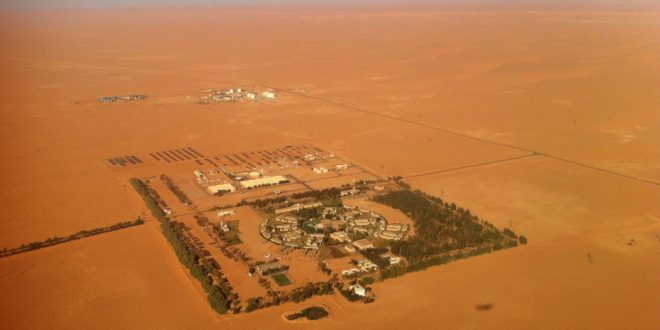 Libya’s National Oil Corporation (NOC) said on Friday that Russian and other foreign mercenaries entered the southwestern Sharara oil field on Thursday in an attempt to block production there.

Production in Sharara had only this month resumed after months of closure by forces loyal to eastern military commander Khalifa Haftar, who is backed by Russia, the United Arab Emirates and Egypt.

According to a statement by the NOC, a number of Russian and foreign mercenaries entered the field on Thursday in dozens of armoured vehicles and met with representatives of the Petroleum Facilities Guard (PFG). It was not immediately clear whether they had seized control of the oil field.

“We do not need mercenaries from Russia or any other country to enter Libyan oil fields because all they seek is to block oil production,” head of the NOC Mustafa Sanallah said.

“There are a number of countries who benefit from the absence of Libyan oil in international markets.

“Whereas these countries have publicly expressed their regrets that Libya has been unable to resume its oil production, they have been covertly doing their best to support the forces who are behind the closure of the oil fields,” he added, referring to countries backing Haftar.

The NOC is the only entity allowed to export Libyan oil, with all revenues going to the Central Bank in Tripoli, where the UN-recognised Government of National Accord (GNA) is based.

Since 2015, oil-rich Libya has been divided between Haftar’s forces in the east and the GNA in the west, with oil fields and export facilities mainly located in territory controlled by Haftar’s self-styled Libyan National Army (LNA).

With the central bank located in Tripoli, however, Haftar has not been able to access payments for the oil exports, which was seen as one of the motivations for his unsuccessful offensive on Tripoli in April last year.

The Sharara oil field, which lies about 900 kilometres south of Tripoli, has the capacity to produce 315,000 barrels per day, approximately one-third of the country’s crude oil output.

However, it was shut down by Haftar’s forces in January, forcing a halt in production and costing the treasury more than $5.2bn, according to the NOC.

Following the GNA’s capture of the strategic al-Watiya air base in May and city of Tarhouna in early June, and the subsequent withdrawal of Haftar’s forces, the NOC announced that production at the Sharara oil field had resumed.

At the time, the NOC said that due to the damage caused by the closure, production would resume at a capacity of 30,000 barrels of oil per day until it reaches full capacity within 90 days.

Khaled Fouad, an energy and political analyst, said that blocking production at Sharara after a brief period of operation would deal a huge financial blow to the GNA.

“It is one of the major sources of income for the GNA,” he told Middle East Eye.

“Entering the oil field by Haftar’s allies at this time could be an attempt to distract the GNA forces now on the front lines of the battle for Sirte,” he said.

“It seems like an attempt to open a new front for the GNA forces, far away from the military battles in the north.”

Since the start of June, increased Turkish support has enabled pro-GNA forces to take control of northwest Libya, ending Haftar’s assault on Tripoli.

The GNA advance is now halted outside the coastal city of Sirte, a strategic access point to Libya’s key oil fields that remain under Haftar’s control.

On Thursday, Turkish presidential spokesman Ibrahim Kalin said the GNA demands that Haftar’s forces withdraw from the Sirte and Jufra region as pre-conditions for ceasefire talks.

US Africa Command (AFRICOM) said last week that Russian jets were flown to Libya via Syria in May and are being actively used in Jufra and in the vicinity of Sirte.

“There is concern these Russian aircraft are being flown by inexperienced, non-state PMC [private military company] mercenaries who will not adhere to international law; namely, they are not bound by the traditional laws of armed conflict,” said Bradford Gering, AFRICOM’s director of operations.