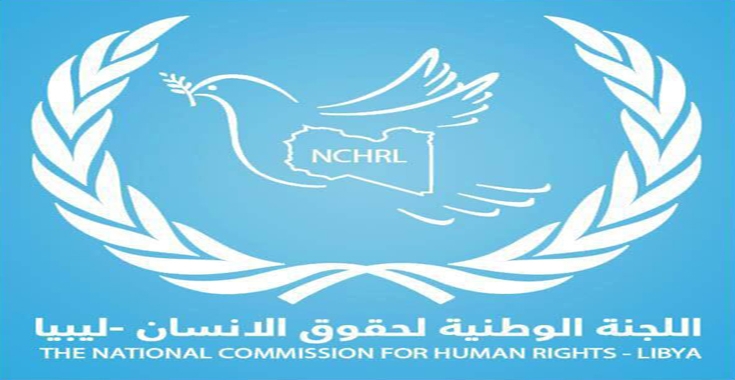 The National Commission for Human Rights in Libya (NCHRL) has expressed dismay over the failure of the Minister of Justice of the Government of National Accord to exact justice and protect human rights in the country as well as to fix the criminal justice system and that of prisons.

The human rights body also expressed dismay at the negligence of the joint committee tasked to monitor and document human rights violations and crimes against civilians and innocent people in areas of conflict in southwest Tripoli.

It also criticized the marginalization and elimination of the role of legal organizations by the Justice Minister who rejected making them a part of monitoring and documenting human rights violations, saying this led to hindering the work of the National Commission for International Humanitarian Law over the last years.

“We call on the Presidential Council to urge the Ministry of Justice and the joint committee tasked to monitor and document human rights violations to do their job to ensure the rights of the victims and to exact justice.” NCHRL said.

It has also warned of boosting impunity in Libya, which is against the international law against impunity, adding that it is very necessary to bring the criminals and violators to justice in Libya.