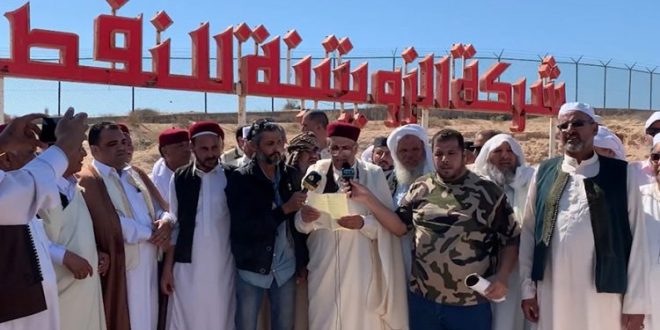 A tribal leader in Libya’s oil-producing region on Monday indicated tribes there were ending a blockade on output and exports, saying “we opened the oil”, and have handed authority to Haftar’s forces to negotiate a restart in production with the “international community.”

However, some other tribal leaders in the region did not take part in the issuing of the statement, which came after the National Oil Corporation said international talks were under way over a resumption in production.

The Libyan National Oil Corporation (NOC) confirmed Monday there have been ongoing negotiations to resume oil production over the past several weeks with the between the GNA, NOC and regional countries, under the supervision of the UN and the US.

The NOC is hopeful that those regional countries will lift the blockade allowing NOC to resume its vital work for the benefit of all the Libyan people.

The NOC said it is determined that the agreement will guarantee transparency and that oil revenues will achieve social justice for all Libyans.

It also intends the agreement will include solutions to protect the oil facilities and make sure they are never used as a military target or a political bargaining chip again.