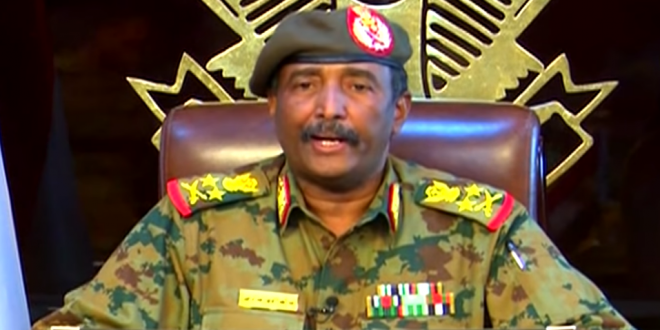 Chairman of the Sovereignty Council of Sudan is supplying Libya’s warlord Khalifa Haftar with weapons and ammunition, a Sudanese source has told The Libya Observer.

According to the source, Al-Burhan has utilized the country’s Military Industry Corporation to produce a wide range of defense equipment and sell them to Haftar to make a fortune.

“Al-Burhan and Hemedti are both vying to get more money from UAE-sponsored Haftar; the former sends weapons and the latter sends mercenaries,” the source said asking to remain anonymous.

Both leaders are exploiting their tribal influence to gain the upper hand after the UAE promised to pump in hundreds of millions of dollars in support of Haftar.

In June, 122 mercenaries were intercepted while heading for Libya. The source confirmed that the Sudanese Rapid Support Forces detained them because they are linked to former Janjaweed militia leader Musa Hilal who has been detained by Hemedti since November 2017.

Hilal is from Mahamid clan of Rizeigat tribe while Hemedti is from Mahariya clan of the same tribe.  Darfur tribes see Libya as a source of income and the tribal military leaders fight one another to benefit from this trade.