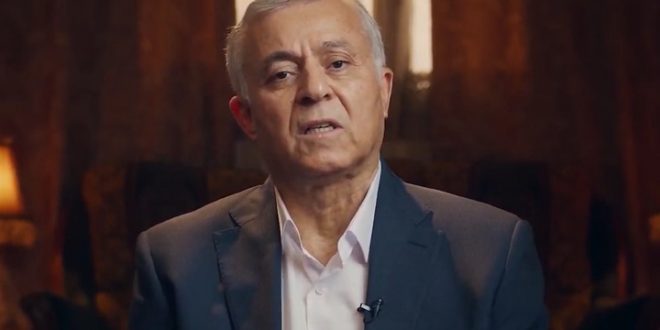 The former head of the General National Conference, Nuri Abu Sahmain has called upon all “patriots” to come together and reunite under one umbrella, meant to provide a truly national vision and a decent life for all Libyans.

“I call upon all national figures who believe in this country and its people, to join the new political movement entitled “Ya Biladi” (Oh My Country), that combines, not separates; a movement that builds, not destroys, a movement that unites, not divides,” Abu Sahmain said on Monday night.

In a televised speech broadcasted on several Libyan channels, Abu Sahmain addressed the current situation in the Libyan arena, top of which was the aggression on Tripoli.

“The scenes of the displaced people in and around Tripoli after the offensive on the city has been defeated are painful, the civilians are the ones who paid the high price in this war that was a failure from day one,” he added.

He expressed sympathy to the families who have lost their beloved ones or property in this war and others who are waiting for news about their missing relatives.

Abu Sahmain also focused on corruption, saying it is the old and new enemy.

He pointed out that the daily life of ordinary citizens is getting tougher, while “the emperors of corruption and warlords” are becoming richer, including those “who think of themselves as revolutionaries and the revolution is innocent of them, they are using patriot slogans as a forefront to commit their crimes.”

“The dilemma of electricity outages is a living example of a long crisis that hasn’t been solved by those who are fighting for money and bribes,” former GNC chief explained.

He renewed his call to hold accountable all those who have occupied a position in the government or in a legislative body, whose role is concerned with oversight and control, including himself.

“The citizens are aware of those who spoiled, looted, and fled out of the country, and who remained among his fellow citizens sharing in their sufferings and burdens,” he remarked.

He noted that the income of citizens has declined to less than a quarter or less than one fifth.

“Those who received 400 dinars, before 2014, today earn less than a hundred dinars or 80 dinars, due to the drop of the value of the Libyan dinar against the US dollar by a quarter,” he underlined, wondering “what could 100 dinar do for a family these days?”

Abu Sahmain addressed in his speech the oil crisis and the consequences of the forced closure of oil operations, as well as the cash crisis and the so-called balance of trade. The losses estimated by the NOC at more than 6 billion dollars are sufficient to build five new airports, seven modern hospitals, and ten universities, he indicated, regretting that such sum will even affect future generations as they will, unfortunately, pay the price of this collapse by the double.

“This will definitely happen unless we contain this disaster, Abu Sahmain underscored.

He also spoke of what he called “the international conspiracy” from countries which are afraid that Libya will assume its natural economic and commercial position, as he put it.

“Many countries will leave no stone unturned to take prosperity away from Libyans,” he said.

“Also, the fact that Libya’s success in the democratic experience will turn it into a model that embarrasses regimes accustomed to injustice, dictatorship and corruption, and regimes that are afraid to see success and hope getting their way to their peoples by living a life of dignity with freedom, justice, and prosperity, Abu Sahmain added.

He expressed his concern regarding confirmed information about international gang networks who are working to spoil this generation via flooding the country with all kinds of drugs.

“We cannot stand up to all of this without uniting our efforts and supporting state institutions to be the impenetrable dam that safeguards our people for its morals, religion, identity and customs,” he went on.

Abu Sahmain believes the new political movement “Ya Biladi” will contribute to guiding the country out of the “dark tunnel”.

He called on all Libyans to join this national “Ya Biladi” Movement.

“I have decided after several consultations with different parties to launch a round of meetings and extended gatherings without excluding any village or city, party or any social component, in order to get together to form a strong organized structure to achieve the desired objectives and preserve the values, so the movement is later convened in its final form in a gathering that suits the sacrifices of our people in Tripoli soon,” he concluded.