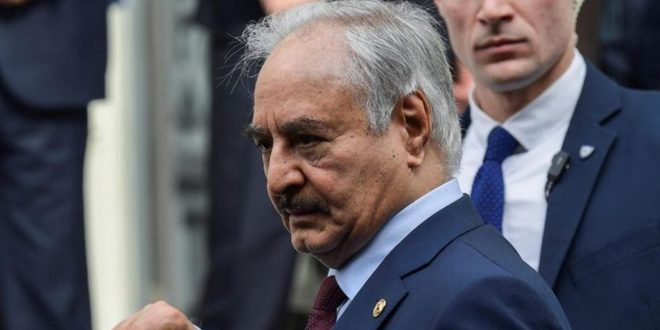 Libya’s Government of National Accord (GNA) and the United States have launched a probe into suspected gold-for-cash trades between Libya’s renegade commander Khalifa Haftar and Venezuela, a report said.Libya’s Haftar is suspected of buying Venezuelan gold with US dollars, according to a Wall Street Journal report published on Thursday.

The WSJ said Libya’s attorney general has launched an investigation to look into the allegations, while the GNA interior minister Fathi Bashagha told the outlet that investigation was launched to see if US sanctions on Venezuela were violated.

The Libyan government, backed by the UN and aided by the US, has reportedly been tracking Haftar’s private jet –  suspected of carrying gold from Venezuela to West Africa, Europe and the Middle East.

In a press call last month, David Schenker, the US State department’s assistant secretary for near eastern bureau said the allegations were “concerning.”

Under heavy US sanctions, Venezuela has in recent months reached out to secure deals defying US sanctions with the country’s foes, including Iran.

Now, intelligence reports suggest forces allies with Haftar have sent US dollars to Venezuela, while his associates are suspected of having shipped precious metal to vaults in Switzerland and in the United Arab Emirates.

“Haftar has been concerned his accounts could be frozen if he comes under sanctions” and prefers to be in possession of gold, the WSJ quoted a confidential European security source as saying.

Budget and FinanceInternational Relations and CooperationSecurity Forces
All
2020-07-10
asaeid
Previous Why is it wrong to share Libyan oil revenue now?
Next UNSMIL condemns ‘‘clashes’’ by officially recognized militias in Janzur – dead militia bodies desecrated and homes burnt: report and analysis