Home / Normal / Why is it wrong to share Libyan oil revenue now? 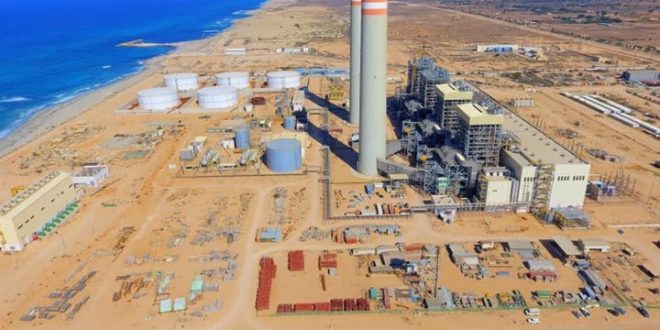 Foreign countries are now openly fighting their proxy war on Libyan soil and deciding on war, peace, and even when the country can resume its oil exports. In an unusual statement, Mustafa Sanalla, chairman of Libya’s National Oil Corporation (NOC) revealed that negotiations were underway to lift the oil blockade.

Oil production and exports were suspended over five months ago by forces loyal to the Libyan National Army (LNA), led by General Khalifa Haftar. Without naming any specific country, Sanalla confirmed that the talks involved international and regional powers in yet another indication of the deep involvement of foreign powers in the Libyan conflict, in which oil is pivotal. Earlier media reports described the talks as discussions on how to redistribute the country’s oil revenue among its three historical regions – an idea that has the potential for negative consequences on Libya’s territorial integrity.

The Guardian newspaper first broke the news on 29 May in a report quoting unnamed sources stating that Libya’s oil revenue is to be divided between the country’s three historical regions: Tripolitania in the west, Cyrenaica in the east and Fezzan in the south. The United Nations Support Mission in Libya, in a 6 July statement, confirmed that discussions took place with the aim of preventing the “illicit use” of oil money and to help Libyans agree on: “An equitable distribution of oil and gas revenues.” The talks took place within the Economic Working Group of the International Follow-up Committee on Libya. The group was set up after the Berlin Conference on Libya last January, that made several recommendations to end the conflict – however, none have so far been implemented. The group’s membership includes the US, the UK, Egypt and the European Union (EU), to name a few.

However, Sanalla, in a 6 July interview, strongly denied that oil revenue distribution is being discussed. But Sanalla, whose NOC sells the country’s oil, confirmed that “the money will remain in NOC’s accounts” until arrangements are made on how to redistribute it, as he put it. The NOC is bound by law to transfer all oil revenue to the country’s Central Bank.

Oil has been at the heart of the Libyan civil war from the start. Domestic, regional and international stakeholders in Libya’s oil have been voicing their concerns about oil revenues, closures and production.  Oil revenues are financing, somehow, both parties of the current conflict, despite the superficial political and administrative divisions between the two administrations – the UN-recognised Government of National Accord (GNA) in Tripoli, and the unrecognised one in Al-Bayda, in the east of the country. This makes the idea of sharing the income appear plausible.

But it is not, and it could be harmful. Redistributing oil revenues now is dangerous and might lead to further divisions among Libyans, even paving the way for the partition of Libya itself. Since there is no centrally-unified government in charge, it is naïve to even discuss such an idea, for several reasons.

Firstly, the three regions being referred to have no meaning, but in a historical context. They do not exist as administrative regions. Since Libya gained independence in 1951, the three regions were abolished and were never revived. Furthermore, the regions were, in fact, colonial product used to divide up control among the British in the east, the French in the south and the Italians in the west. Over the last sixty-nine years, there has been no official government nor international documents that reference the three regions outside of historical and demographic contextual studies.

Secondly, if oil revenue is to be divided equally among Libyans, that would require not only a strong government, but also stable, open and transparent institutions including: the Central Bank, where the money is kept, the treasury which allocates budgets, and above all, the NOC which brings in the funds in the first place. These three government departments are now weak, if not corrupt, unaccountable and untrusted by the majority of Libyans. They are also heavily-influenced by armed groups, particularly in Tripoli. Their counterparts in eastern Libya, where Haftar is dominant, suffer the same shortcomings.

Thirdly, while the redistribution could be population-based, the country does not have a reliable recent census after the last one was conducted in 2006. The fourth reason making any such move questionable, is the fact that the Central Bank’s management is hugely disputed. The current Governor Sadiq Al-Kabir was replaced by the parliament in 2014, but he did not leave and is currently still the governor thanks to the support of different pressure groups including foreign actors.

However, the most dangerous consequence of oil revenue redistribution is how the money will be allocated and spent. If the idea is to stop weaponising oil, both as crude and later as revenue, this is neither the time nor the way to do it.

As long as the war is still raging, and political divisions – including partial administrative divisions – still exist, it is impossible to have transparent and accountable control over oil income. The GNA in Tripoli has been financing its war efforts from the country’s oil. The LNA, and the counter-administration in the east of the country, obtain finances through heavy borrowing from commercial banks in areas under the LNA’s control – which is also oil money through different channels.

The NOC’s most recent undated statement announced that it is ready to resume operations, while calling on all Libyan sides to allow a tanker on standby to enter Es-Sidra terminal, to load crude oil.

Oil exports might imminently resume, however, the military situation around the Sirte region, where most of the oil installations are located, is not safe. It could at any point become a war zone. The GNA urgently needs exports to resume, but the LNA will not give up control while both sides continue their military build-up in the area.

Any eruption of violence in the region is likely to suspend oil exports again, as each side would try to use oil to its military advantage – in essence, weaponising what should not be weaponised. 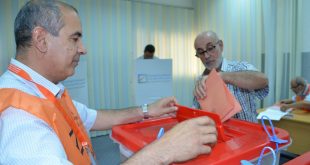