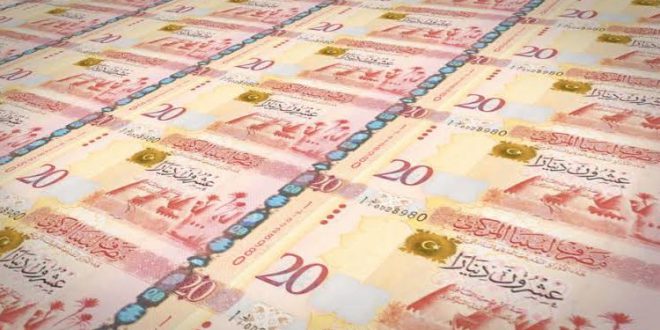 Shop owners in Libya are refusing to accept cash after the seizure of more than $8 billion worth of counterfeit notes which had alleged been printed in Russia to support renegade military commander Khalifa Haftar, Al Jazeera reported.

More than a billion dollars-worth of new banknotes were found in two shipping containers a couple of months ago in what was seen as yet another sign of Russia’s influence in Libya.

The cash stash, which was found on the Mediterranean island of Malta, was en route from the printing works in Moscow to renegade military commander Haftar’s forces in eastern Libya. The internationally-recognised government in Tripoli says the money is counterfeit.

Haftar is accused of using the counterfeit banknotes to fund his failed military campaign to capture Tripoli and is said to be using fake bank notes to pay fighters.

In May, Russia denied that it was the source of the counterfeit money seized in Malta. The US State Department however insists that the banknotes were printed by Goznak, the Russian state-owned company, and ordered by an “illegitimate parallel entity”, in an apparent reference to Haftar.

“The Central Bank of Libya headquartered in Tripoli is Libya’s only legitimate central bank,” the State Department said at the time. “The influx of counterfeit, Russian-printed Libyan currency in recent years has exacerbated Libya’s economic challenges.”

“This incident once again highlights the need for Russia to cease its malign and destabilizing actions in Libya,” it added.

Budget and FinanceInternational Relations and Cooperation
All
2020-07-15
asaeid
Previous Putin, Mohamed bin Zayed seek to reclaim common ground on Libya
Next ‘Take a more robust role’: US hits out at Europe over Libya inaction