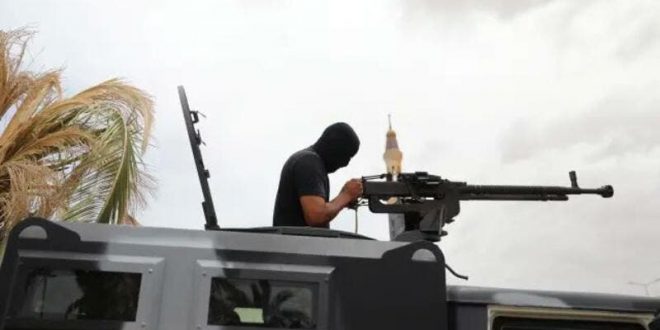 The Sirte-Jufra Operations Room said it had seen mercenaries from Russian Wagner Group and Sudanese Janjaweed factions retreating from Houn and Sokna eastward.

Military sources in Jufra also confirmed that Russian mercenaries had dismantled some radars that were set up near Jufra airbase and sent them toward eastern region on trucks, adding that Russian Wagner Group mercenaries had been seen leaving positions in Wadi Jarif in Sirte going toward Gardabiya airbase.

The sources didn’t say whether the retreat was aimed at repositioning forces for new military confrontation or just a withdrawal just like southern Tripoli.

The commander of Sirte-Jufra Operations Room Ibrahim Baytelmal said the area had been seeing an uneasy calm amid the news about the mercenaries’ retreat, adding they had exchanged prisoners from Haftar’s forces with eight revolutionaries from Misrata via the Red Crescent.

In the meantime, the media office of Volcano of Rage Operation said they had depicted military supplies from Egypt arriving in Tobruk to support Haftar’s forces, posting photos for vehicles used to transport military equipment and weapons with persons wearing military outfits nearby.