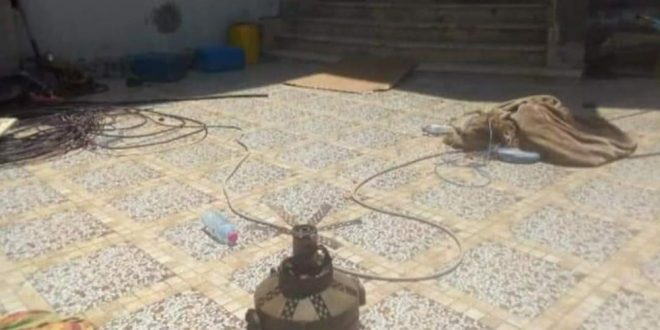 US accuses Russian mercenaries of planting land mines in Libya

The US military’s Africa Command (Africom) said in a statement on Wednesday that verified photographic evidence showed “indiscriminately placed booby traps and minefields” in or around Tripoli, further violating the United Nation’s arms embargo on Libya.

Washington traced the use of the explosive devices to the Wagner Group, a Russian paramilitary organisation operating in Libya.

The private military contractor has been accused of waging secret wars on the Kremlin’s behalf in countries including Sudan, Syria and Ukraine.

“Wagner Group’s reckless use of landmines and booby traps are harming innocent civilians,” Rear Admiral Heidi Berg, AFRICOM’s director of intelligence, said in the statement that traced their usage from Tripoli towards the strategic coastal city of Sirte.

Russia has repeatedly denied media reports that the Wagner Group, believed to be owned by Yevgeny Prigozhin, a businessman with close links to Russian President Vladimir Putin, is operating in Libya, but a confidential UN report claimed in May that the group had between 800 and 1,200 military contractors on the ground, including snipers and specialised military teams.

“The Wagner Group’s irresponsible tactics are prolonging conflict and are responsible for the needless suffering and the deaths of innocent civilians. Russia has the power to stop them, just not the will.”

Since 2014, Libya has been split between areas controlled by the internationally recognised government (GNA) and territory held by forces loyal to Haftar.

Turkey, along with regional ally Qatar, has backed the GNA, while the Russian mercenaries, the United Arab Emirates and Egypt have supported Haftar.

Both sides in Libya’s civil war have been mobilizing for weeks for a battle over Sirte. Haftar’s forces took Sirte, the birthplace of former leader Muammar Ghaddafi and a former stronghold of the Islamic State group, in January.

The GNA advance is now halted outside the city, a strategic access point to Libya’s key oil fields that remain under Haftar’s control.

Turkish presidential spokesman Ibrahim Kalin has said the GNA demands that Haftar’s forces withdraw from the Sirte and Jufra region as pre-conditions for ceasefire talks.