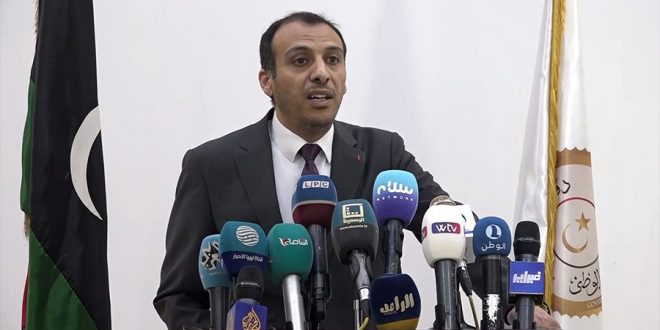 The spokesman for the Libyan Foreign Ministry of the Government of National Accord (GNA) Mohammed Al-Giblawi said the statements of Egyptian President Abdel Fattah El-Sisi had been fueling conflict in Libya as he claimed to be proposing peace.

Al-Giblawi told Al Jazeera TV that the Egyptian President had repeated his statements that implied threats of military intervention in Libya and encroachment on the country’s sovereignty as he met Thursday with pro-Haftar tribesmen.

The spokesman of the Foreign Ministry reminded El-Sisi that the forces under the command of the Government of National Accord were the ones who defeated ISIS terrorists while he (Sisi) is still suffering from what he describes as terrorism in Sinai Peninsula.

Al-Giblawi indicated that the Libyan Government of National Accord (GNA) is the only party allowed to control what happens on Libyan soil, adding that the GNA had always reiterated the desire to enter Sirte without bloodshed.

In the meantime, Egypt’s Sisi said in a meeting with the pro-Haftar elders in Cairo on Thursday that his red lines in Libya aim for peace, adding that when he mentioned Sirte and Jufra as red lines, he called for peace and stability.

“We’re ready to train Libya’s tribesmen to build a united national army as we won’t sit idly by to watch threats being made to our national security.” Sisi added.

He also remarked, threatening Libyan people, that his country won’t allow Libya to become a hub for terrorism even if it meant starting a direct Egyptian military intervention in Libya, which was requested by the elders who arrived in Cairo based on the Tobruk-based Parliament’s request as well.