Home / Normal / ‘Take a more robust role’: US hits out at Europe over Libya inaction 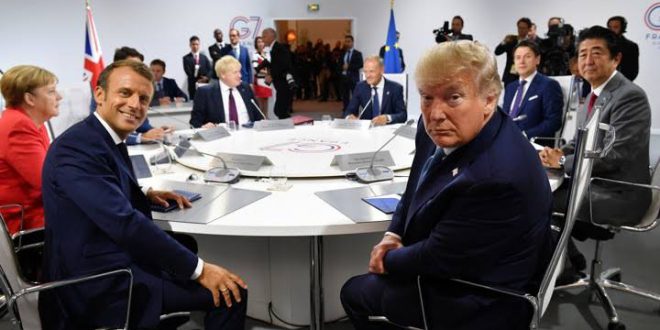 ‘Take a more robust role’: US hits out at Europe over Libya inaction

A senior United States diplomat has urged Europe to take “a more robust role” in the Libyan conflict, starting with a focus on Russian military contractor Wagner Group and the roles played by Russia, Egypt and the United Arab Emirates – countries that are allegedly violating a UN arms embargo.

David Schenker, the State Department’s assistant secretary for Near East affairs, made the remarks during a virtual think-tank event on Thursday.

“There is a lot more they [Europe] could do. They could, for example, designate the Wagner Group. If they aren’t going to take out a more robust role, then this thing is going to drag on,” Schenker said.

He added that the Europeans’ naval mission in the Mediterranean Sea, ostensibly to help enforce the UN arms embargo on Libya, had been limited to countering Turkey.

“They could at least, if they were serious, I think, call them out – call out all parties of the conflict when they violate the arms embargo,” he said.

Since 2014, Libya has been split between areas controlled by the internationally recognised government (GNA) and territory held by forces loyal to renegade commander Khalifa Haftar.

Turkey, along with regional ally Qatar, has backed the GNA, while the United Arab Emirates and Egypt, backed by private Russian forces, have supported Haftar.

It is a messy battlefield where foreign powers have been pouring in weapons and fighters in violation of an international arms embargo.

The US has frequently voiced concern about the heavy involvement of Russian mercenaries as well as other external powers, and has called for de-escalation, but fighting has persisted.

Washington’s most recent assertion came this week, after the US Africa Command (Africom) found evidence that the Wagner Group was responsible for planting landmines and improvised explosive devices from the outskirts of Tripoli all the way to Sirte, east of the capital.

Russia has repeatedly denied media reports that the Wagner Group, believed to be owned by Yevgeny Prigozhin, a businessman with close links to Russian President Vladimir Putin, is operating in Libya.

Still, a confidential UN report claimed in May that the group had between 800 and 1,200 military contractors on the ground, including snipers and specialised military teams.

Earlier on Thursday, Egyptian President Abdel-Fattah el-Sisi met with tribal leaders from Haftar’s stronghold of Benghazi, who gave the Egyptian army their approval to intervene in the name of protecting “Libyan sovereignty”.