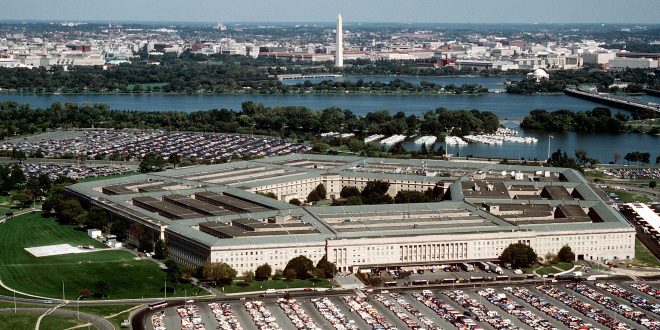 Turkey sent between 3,500 and 3,800 paid Syrian fighters to Libya over the first three months of the year, the US Defence Department’s inspector general concluded in a new report, its first to detail Turkish deployments that helped change the course of Libya’s war.

The report comes as the conflict in oil-rich Libya has escalated into a regional proxy war fuelled by foreign powers pouring weapons and mercenaries into the country. The US military has grown increasingly concerned about Russia’s growing influence in Libya, where hundreds of Russian mercenaries backed a campaign by rogue General Khalifa Haftar, who controls eastern Libya, to capture the capital, Tripoli, in the country’s west.

The quarterly report on counterterrorism operations in Africa by the Pentagon’s internal watchdog, published Thursday, says Turkey paid and offered citizenship to thousands of mercenaries fighting alongside militias loyal to the internationally-recognized Government of National Accord (GNA) against Haftar’s troops.

Despite some reports of the fighters’ extremist links, the report says the U.S. military found no evidence to suggest the mercenaries were affiliated with the Islamic State extremist group or Al-Qaeda. It says they were “very likely” motivated by generous financial packages rather than ideology or politics.

The report covers only the first quarter of the year, until the end of March — two months before a string of Turkish-backed victories by GNA forces drove Haftar’s self-styled “Libyan National Army” from the capital’s suburbs, its stronghold at Tarhouna and the key western airbase of Al-Watiya.

The reversal for Haftar and his foreign backers, including Egypt, Russia and the United Arab Emirates, cast a spotlight on Turkey’s deepening role in the proxy war.

The latest report says the Turkish deployments likely increased ahead of the Tripoli forces’ triumphs in late May. It cites the US Africa Command as saying that 300 Turkish-supported Syrian rebels landed in Libya in early April. Turkey also deployed an “unknown number” of Turkish soldiers during the first months of the year, the inspector general adds.

To the consternation of regional rivals and NATO allies like France, Turkey is staking its hopes for greater leverage in the eastern Mediterranean on the U.N.-supported government in Tripoli. Ankara’s open military intervention stands in contrast to covert support from foreign backers on the other side of the conflict.

The inspector general had reported in its last quarterly review that Russia brought in hundreds of mercenaries to back Haftar’s months-long siege of Tripoli. A private Kremlin-linked military company known as the Wagner Group first introduced skilled snipers and armed drones last fall, inflicting “significant casualties” on Tripoli forces struggling to fend off Haftar’s assault, the report said.

This year, in response to Turkey’s new shipments of battle-hardened Syrians, Wagner increased its deployment of foreign fighters, also including Syrians, with estimates ranging from 800 to 2,500 mercenaries. Russia and the Syrian government agreed to send 300 to 400 former opposition rebels from the southwestern Syrian province of Quneitra to Libya in exchange for a $1,000 per month salary and clemency from President Bashar Al-Assad, the report added.

In May, the Pentagon accused Russia of sending at least 14 warplanes to a central Libyan airbase, which it claimed were repainted in Syria to hide their Russian origin. Earlier this week, it alleged Russian mercenaries planted land mines and other booby-trap explosives around Tripoli that have killed 52 people and wounded 96, including civilians and mine clearance workers, by U.N. estimates.

Kremlin spokesman Dmitry Peskov dismissed the U.S. military’s accusations Thursday, insisting “the Russian military is not involved in any processes in Libya in any way.”

The warring sides are mobilizing now around the edges of Sirte, a strategic gateway to Libya’s central and eastern oil crescent, where most of the country’s production of 1.2 million barrels a day flowed before Haftar-allied tribes choked off pipelines in January to protest unequal distribution of oil revenues to the long-neglected east.

Following Haftar retreat from Tripoli, his backers pushed for a cease-fire and proposed a political settlement. But Turkey refused to back down. The Tripoli government, eager to regain access to Haftar’s blockaded oil fields, has pledged to retake the coastal city, where longtime dictator Muammar Al-Qaddafi was born and killed after the 2011 Libyan revolution.

Egypt, a bitter rival of Turkey that shares a porous desert border with Libya, has threatened to intervene militarily if GNA forces try to seize Sirte. On Thursday, Egyptian President Abdel Fattah el-Sissi hosted dozens of tribal leaders loyal to Haftar in Cairo, where he repeated that Egypt will “not stand idly by in the face of moves that pose a direct threat to security.”

Military tensions increased further this week after the collapse of a deal to end the blockade of Libyan oil fields, which has deprived the country of its most important economic resource and the National Oil Corporation of over $7 billion in revenue.

Oil has long been a key factor in the conflict, with militias and their foreign backers jockeying for control of Africa’s largest reserves.

On Friday, the National Oil Corporation warned that international powers were pulling the country toward an escalation likely to extend to the oil and gas facilities. A “large number” of Syrian, Sudanese and Russian mercenaries are occupying oil installations, most recently Libya’s largest port of Es-Sidra, the corporation said.