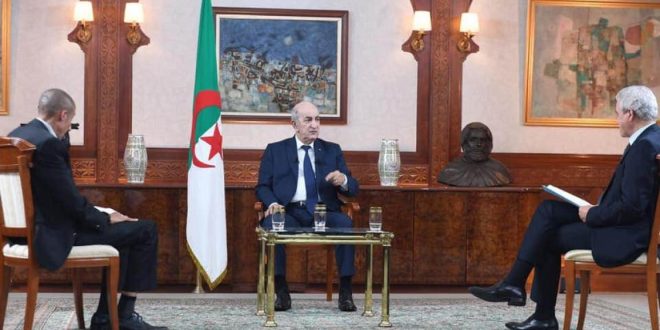 Algeria’s president slammed Egypt for arming tribes in Libya, warning the move would turn the country into “a new Somalia”.

President Abdelmadjid Tebboune said the involvement of outside states, including Egypt, will bode negatively for the war-torn country.

“We recently saw an attempt to involve the Libyan tribes in the conflict, and this is a serious matter,” the Algerian president said in a television interview broadcast on Sunday.

“Arming the Libyan tribes will not make Libya a new Syria, but it will turn it into a new Somalia,” he added on state television.

The Algerian leader crossed off his country’s participation to engage in individual initiatives, saying Algeria will not be dragged into supporting individual entities even if requested by other world leaders.

The remarks come after Egypt began arming local tribes in Libya, with reports suggesting Cairo had intended to request the support of Algeria.

The Algerian president also accused a number of international parties that participated in the Berlin conference on Libya of breaching their obligations and pledges, saying they are still engaging in talk without any action.

Algeria is in direct and daily contact with a number of international parties related to the Libyan crisis, such as Russia, Turkey and France, to discuss the formula for a political solution, Tebboune said.

He noted that Algeria will not present its initiative to solve the Libyan crisis before obtaining international sponsorship.

“The Algerian solution exists and has the approval of the Libyans, but we will not present the Algerian solution if the United Nations does not adopt it,” the leader said, suggesting plans for a joint proposal by Algerian-Tunisian to offer a political solution.

On Sunday, Tebboune met with the Acting Head of the International Mission to Libya Stephanie Williams to discuss disturbing field developments in Libya in light of the efforts of the United Nations to resume the peace process.

Since 2015, a power struggle has pitted the UN-recognised, Tripoli-based Government of National Accord (GNA) against forces loyal to Haftar, who is based in eastern Benghazi.

This week, Egypt racheted up tensions, with its president warning his country “will not stand idle in the face of any moves that pose a direct threat to the national security not only of Egypt but also that of Libya”.

If Egypt’s military enters Libya to fight against the Turkish-backed GNA, analysts believe Cairo will likely receive strong support from Saudi Arabia and the UAE, who have already declared their approval of Sisi’s “red line” comments.