Home / Normal / Libya: Egypt’s decision to send its army is ‘a declaration of war’ 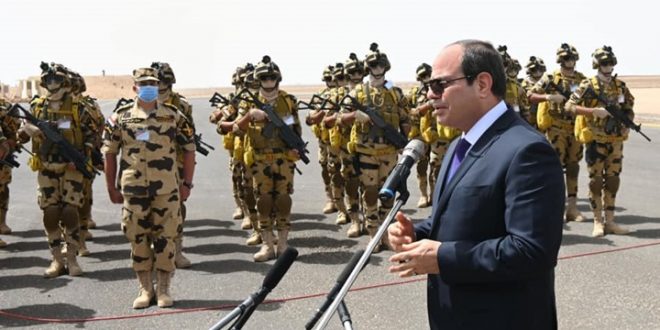 Libya: Egypt’s decision to send its army is ‘a declaration of war’

Egypt’s decision to approve the deployment of its army to its western borders is a “declaration of war” against Libya and a violation of the Arab League and UN charters, Libyan Interior Minister Fathi Bashagha said on Tuesday.

“Egyptian parliament approval of troops deployment outside its western borders is a declaration of war on Libya and violates Arab League and UN charters,” Bashagha said late Tuesday in a tweet which he later removed.

“Foreign forces on Libyan grounds are enemy. WE WILL NOT HESITATE defending our nation’s sovereignty, security and freedom,” Bashagha said in the same tweet.

On Monday, the Egyptian parliament agreed, in a secret session, to send its armed forces on a fighting mission outside the state’s borders to defend Egypt’s national security in the west, in an apparent reference to Libya.

Libya has been in a state of lawlessness since the ouster of long-time dictator Muammar Gaddafi following widespread protests.

The country now has two governments, the eastern body supported by the Libyan National Army (LNA) and backed by Egypt, and the Tripoli-based Government of National Accord (GNA), which enjoys international recognition. Over the past month the GNA has advanced on LNA controlled areas with the help of Turkish forces.

International Relations and CooperationSecurity Situation
All
2020-07-23
asaeid
Previous EU presses for cessation of ‘foreign calls’ for mobilization in Libya
Next Turkey, Russia agree to work for truce in Libya as regional rivalry heats up