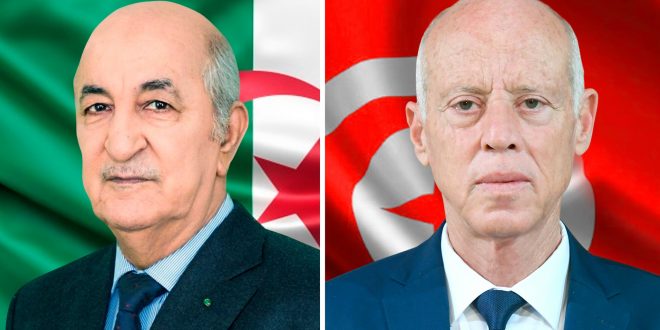 Algeria, Tunisia on sidelines of regional diplomacy over Libya conflict

The Egyptian parliament voted unanimously July 20 to support the deployment of the national army outside the country’s border, potentially bringing it into conflict with the Turkish army within Libya. The outcome of that battle, if it happens at all, is unknown.

However, any deployment of Egyptian troops to Libya in support of the eastern forces of military strongman Khalifa Hifter sounds like a further death knell in a longer struggle — that for diplomatic hegemony within the Maghreb, placing Algeria, the largest country in Africa, firmly on the back burner.

Almost from the onset of hostilities in Libya, Algeria and the African Union (AU) have remained broadly neutral, seeking to mediate between the warring parties of one of the world’s longest running and most intractable conflicts. However, almost 10 years after the revolution that saw the ousting of Libyan dictator Moammar Gadhafi, no diplomatic breakthrough has led to any lasting pause in the fighting and — with the ever metastasizing number of combatants entering the conflict — the odds of any regionally brokered deal leading to lasting stability looks increasingly dim.

The latest initiative to help bring some kind of peace to Libya has come, not from any regional actor, but from Hifter’s supporters in Moscow who — along with Turkey, which backs the UN-recognized government in Tripoli — have announced plans to work toward establishing a joint working group to help steer the peace process toward an end that will likely complement their own foreign policy objectives.

On the sidelines of this stand Algeria, Tunisia and the AU. For both Tunisia and Algeria, the conflict in Libya verges upon the near existential. Both share long borders with the fractured North African state and both have suffered as a result of the conflict. Tunisia, already reeling from the loss of a key trading partner, continues to struggle with border closures that halt the flow of income, legitimate and otherwise, from its neighbor. Algeria, for its part, must spend an increasing amount of its shrinking coffers in supporting the tens of thousands of troops stationed along its roughly 600-mile border with war-ravaged Libya.

In mid-July, both countries met to commit stepping up their dialogue with both sides of the conflict, while also calling for an immediate cease-fire. It is unclear if either the UN-backed Government of National Accord or the eastern forces of Hifter’s Libyan National Army were listening.

Despite its reputation as a diplomatic heavyweight, for some observers Algeria’s strength lies principally with its historical alignment with US foreign policy, while Tunisia remains a small fish, dwarfed by the waters in which it swims.

“Much of Algeria’s diplomacy has, over the decades, indirectly leaned upon a Pax Americana in the area,”Jalel Harchaoui, a Libya analyst at the Dutch Clingendael Institute, said. “That is, Algeria has had to fend for itself over the years, but at the same time it long enjoyed a form of US support.”

Now, with US influence in retreat across much of the area, Algeria is left looking vulnerable, while its own regional rivalries with Morocco over the future of the Western Sahara, and with Egypt, whose troops might soon be camped inside Libya, for the political leadership of the Maghreb, have left the country looking unsure in the face of an overwhelming international escalation on its border.

The truth is, Algerian diplomacy has never really been tested with a geopolitical crisis as complex or as internationalized as present-day Libya,” Harchaoui noted. “Algiers has faced situations in the past that were dangerous such as in Mali, but not an imbroglio with so many states involved on opposite sides. Algeria’s credibility in the diplomatic realm is rightfully robust — but it is not certain at all it can make a dent into Libya’s current mess.”

Exacerbating both Tunisia and Algeria’s difficulties in projecting influence has been the global pandemic. “Both countries’ finances have suffered a great deal as a result of COVID-19,” Harchaoui said. For Algeria, the outcome of that — in a period of dwindling energy prices — has been the drastic slashing of expenditure in a bid to try and contain the pandemic. For Tunisia, with its battered economy desperate for the influx of the tourism dollars that will be staying away this year, the coronavirus pandemic means more hardship and greater instability in its volatile southern reaches that sit upon the Libyan border.

While diplomatically Algeria may be struggling to contain the growing maelstrom beyond its frontier, its influence remains. According to Tarek Megerisi of the European Council for Foreign Relations, it was the perception within Hifter’s camp that Algeria had become so embroiled within its own internal social protests that factored in the decision to launch its offensive on Tripoli in April 2019.

Nevertheless, while Algeria and Tunisia’s individual efforts within Libya may be muted, that is not to say they do not have a role. The AU, despite its reputation within Libya being somewhat tarnished after being essentially bankrolled by Gadhafi, is still present and is positioned to make a difference.

“First, it needs to decide what that role is,” Megerisi added. “It’s been trying to play the UN’s role, which it clearly can’t. But it can be invaluable on core issues like transitional justice and national reconciliation. Using the experiences of its member states to help lead Libyans toward some kind of stability.”

However, for now, it seems that both Algeria and Tunisia have little choice but to look on as Ankara and Moscow ready themselves to horse trade over the future of Libya and — to Algiers’ alarm — Egypt prepares to enter the fray. After years of fierce regional neutrality and the issuing of countless political proclamations, little has been achieved to help stall Libya’s continued descent into chaos.

International Relations and CooperationPolitical TransitionSecurity Situation
All
2020-07-24
asaeid
Previous Divided Europe: How the West lost influence in Libya’s war
Next Russian involvement in Libya evident, Kremlin lies every time they deny it: AFRICOM