Home / Normal / WSJ: US threatens Haftar with sanctions over his ties with Russia, oil blockade 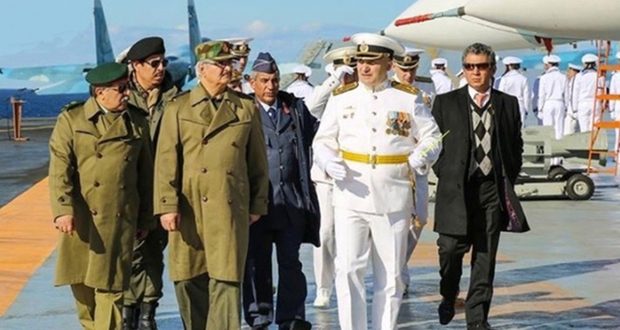 WSJ: US threatens Haftar with sanctions over his ties with Russia, oil blockade

US officials say Washington has threatened warlord Khalifa Haftar with sanctions over his refusal to reopen oil exports, which the US said that it was a decision made under Russian influence.

“The State Department communicated the threat of sanctions to Haftar because he was being ridiculous and uncompromising with oil installations in eastern Libya,” said one US official as cited by WSJ.

Without naming anyone, the US Embassy in Libya tweeted July 13 that “those who undermine Libya’s economy and cling to military escalation will face isolation and risk of sanctions.”

Meanwhile, US officials hope sanctions could force Haftar, who is a US citizen as well as Libyan and a former CIA asset who used to live in exile in Virginia, to find an understanding with his Tripoli rivals and sever his ties with Russia.

According to US property records, Haftar owns a $185,000 ranch and a $364,000 condo in Virginia, making him vulnerable to US sanctions, WSJ said.