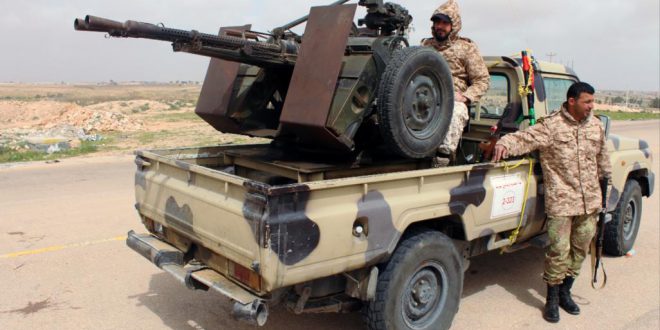 The Libyan armed forces loyal to the internationally recognised Government of National Accord (GNA) are waiting for a political solution to enter the city of Sirte “peacefully”.

A spokesman for the Sirte and Al-Jafra operation of the Libyan armed forces, Brigadier Abdul Hadi Dara, said the Libyan army wishes to liberate Sirte peacefully like it liberated Watiyah and Tarhuna in order to “avoid shedding Libyans’ blood”.

However, he stressed that the Libyan army will resume military operations against the Libyan National Army (GNA) – led by renegade General Khalifa Haftar – if peaceful means fail.

A spokesman for the Libyan armed forces, Muhammad Qanunu, said his forces were moving east, adding that the forces are stationed on the outskirts of the city of Sirte, awaiting instructions to start the “Path of Victory” military operation.