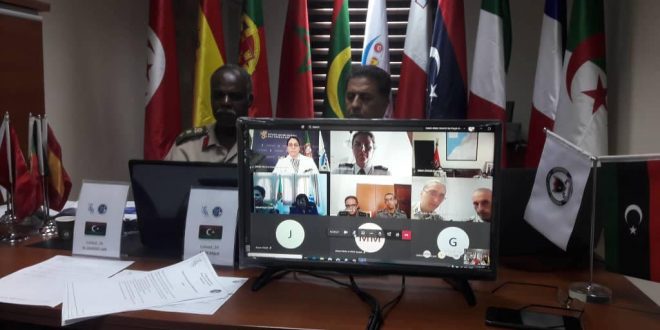 The third meeting for military experts of the 5+5 Defense Initiative, organized by Portugal, kicked off Tuesday in the presence of Libya, according to the Libyan Defense Ministry of the Government of National Accord (GNA).

The General Staff of the Libyan Army under the command of GNA, represented by Colonel Saleh Al-Salheen and Colonel Majid Areibi, took part in the meeting by a presentation of “national gender framework.”

The initiative aims to present security expertise from western Mediterranean region, areas nearby the Atlantic, member states and fighting terrorism and smuggling.

The Head of the 5+5 Defense Initiative said the meeting aimed to implement the goals of the initiative, exchange expertise, and boost environmental awareness for western Mediterranean countries’ armed forces, in addition to enhancing the position of women in armies and find ways to ensure equal opportunities between two sexes in defense.