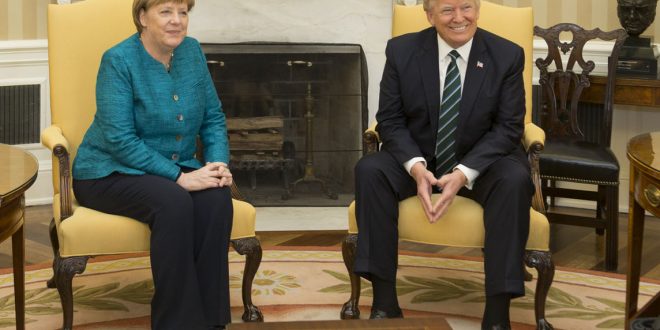 Washington wants to split the role in two – with one person tasked with running the UN mission known as UNSMIL and another tasked with mediating peace in Libya – unnamed diplomats told the Reuters news agency on Thursday.

The position of UN Libya envoy has remained vacant for nearly half a year.

“There have been questions raised by our US partners with regard to the structure of UNSMIL,” Heusgen told reporters on Thursday.

“We believe that, yes, you can discuss that, but… the US shouldn’t stop the secretary-general nominating a successor to Ghassan Salame.”

Salame quit as the head of the UN political mission five months ago and recently said he felt “stabbed in the back by most of the Security Council members” after the support given to Khalifa Haftar’s offensive against the internationally recognised government.

Since 2014, Libya has been split between areas controlled by the internationally recognised Government of National Accord (GNA) and territory held by forces loyal to Haftar.

Turkey, along with regional ally Qatar, has backed the GNA, while Russian mercenaries, the United Arab Emirates and Egypt have supported Haftar and his self-styled Libyan National Army.

​Rueters reported that Guterres had suggested Ghana’s former foreign minister, Hanna Tetteh, as Salame’s replacement, but, according to the diplomats, Washington will only support her nomination to lead the UN mission after Guterres appoints a special mediator for the conflict.

The UN Security Council traditionally greenlights such appointments by general consensus, but some of the 15 members are not in favour of the US proposal to split the role, diplomats said.

The United States had proposed former Danish prime minister Helle Thorning-Schmidt to be special envoy, but diplomats said she had withdrawn herself and Washington is now looking for a new candidate.

While the United States has sent mixed signals to Libya’s rival sides over the course of the war, Washington, like Guterres, has become increasingly concerned over foreign interference and the presence of Russian mercenaries in the North African country.

This week, the US House Foreign Affairs Committee passed a bipartisan bill that calls for sanctions on any entity that deploys mercenaries, supports militias, violates the United Nations arms embargo or commits human rights violations in Libya.

“It makes the threat of sanctions more credible and signals bipartisan support for their implementation against any unhelpful actors in Libya.”

International Relations and Cooperation
All
2020-07-31
asaeid
Previous US Congress approves amendments to the ‘Libyan Stabilization Act’
Next As rumours swirl of Yemenis fighting in Libya, mercenaries enlist to join the war