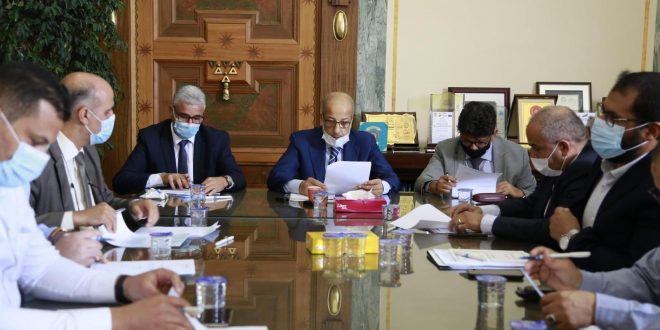 Anti-corruption team to be formed by Libya’s GNA

A meeting for the Interior Ministry of the Government of National Accord (GNA) and the national committee to fight money laundering and sponsoring terrorism resulted in forming a working team from the Interior Ministry, Attorney General’s Office, and Libyan financial information unit to work on fighting corruption.

The meeting, chaired by the governor of the Central Bank of Libya Al-Siddiq Al-Kabir, with the present of Interior Minister Fathi Bashagha and Head of investigations bureau of the Attorney General’s Office Al-Siddiq Al-Sour, discussed cooperation ways in fighting corruption and its links to money laundering.

Earlier, Bashagha said his ministry would cooperate with the Attorney General’s Office and financial institutions to open investigations into corruption cases of senior state officials.

Budget and Finance
All
2020-08-05
asaeid
Previous Investigation into suspected corruption within the Military Medicine Service
Next As Libya’s pandemic seems to be out of control, Libyan health authorities reveal exhaustion of Coronavirus testing materials