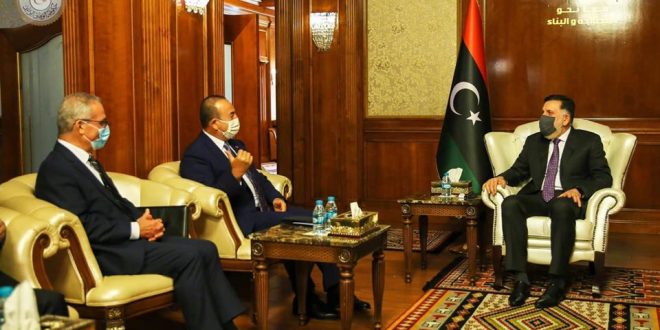 Libya, Turkey and Malta have issued a joint statement expressing reservations about the European Union’s Operation IRINI that aims to monitor implementation of the UN arms embargo in Libya.

The joint statement on Thursday came after meetings for the Turkish and Maltese Foreign Ministers with Libyan officials in Tripoli.

Turkish and Maltese Foreign Ministers as well as their Libyan counterpart have all voiced their reservations about IRINI naval mission, agreeing to boost their cooperation in different fields as the Maltese Foreign Minister and his Turkish counterpart reiterated support for the internationally recognized Government of National Accord, saying there can be no military solution to the crisis in Libya.

They also agreed on joint cooperation in economy and efforts to limit the flow of illegal immigrants, return of Maltese and Turkish firms to work in the country and resume flights among the three countries.

The statement also said that the three countries will boost cooperation to fight illegal immigration and human trafficking as this issue isn’t just a threat to Europe but also to Libya, saying the southern borders of Libya should be well secured against human trafficking and smuggling operations.

It added that the officials also expressed appreciation for Libya’s humanitarian role in fighting illegal immigration and their readiness to provide Libya with the necessary equipment for the coastguards.