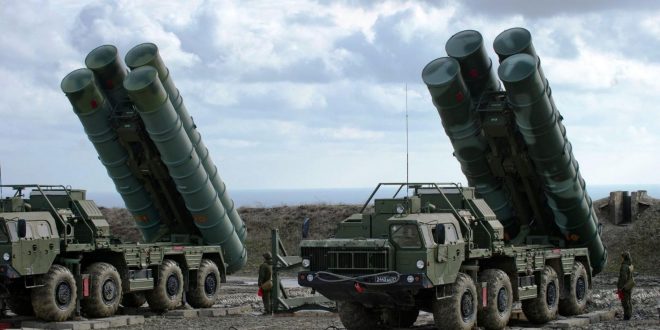 Radio France Internationale (RFI) has confirmed that there are Twitter accounts close to Egyptian authorities saying Cairo has sent a Russian anti-aircraft system to Ras Lanuf in Libya.

RFI added that Egyptian authorities are discrete regarding the news about sending the Russian air defense system to Libya, adding that Egypt deployed nine anti-aircraft systems (S-300) in last February on the borderline with Libya.

Radio France Internationale indicated that the circulated photos from Ras Lanuf in Libya, near the area’s oil port, had shown radars and rocket launchers used for (S-300) anti-aircraft systems, adding that similar systems could have been deployed in Sirta and Jufra.

US magazine, Forbes, said earlier Russia could have deployed advanced S-400 anti-aircraft system in Libya, saying military analysts were trying to make sure of the details based on photos on social media showing a radar and missiles in Ras Lanuf.

“This could be the famous S-300, or the even more potent S-400 missile system. If so it could help tip the scales in the favor of Russia and its local allies against GNA forces.” Forbes said.

Last July, US Africa Command said it had evidence of Russian military presence in Libya, saying it had imagery for military equipment for Wagner Group on frontlines in Sirte and that Russia had given Haftar’s forces fighter jets and military vehicles as well as anti-aircraft systems.