Home / Normal / Germany, France, Italy to push ahead with EU sanctions over Libya 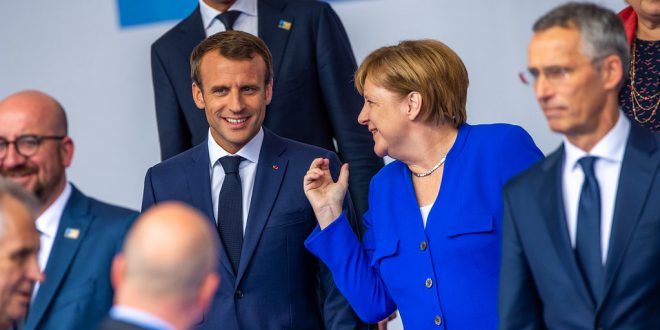 Germany, France, Italy to push ahead with EU sanctions over Libya

Germany, France and Italy plan to push ahead with a bid to use European Union sanctions to stem the continuing supply of arms to war-torn Libya.

The three countries have agreed on a list of companies and individuals providing ships, aircraft or other logistics for the transport of weapons, in violation of a United Nations embargo that has been in place since 2011, EU sources told the DPA news agency.

Three companies from Turkey, Jordan and Kazakhstan as well as two individuals from Libya are involved, the sources said.

In mid-June, the three EU countries warned they would apply sanctions on those violating the UN embargo.

“We are prepared to consider a possible use of sanctions if infringements against the land, sea and air embargo continue,” the countries’ three heads of government wrote in a joint statement, without naming a state or entity which could be the target of the measure.

France has repeatedly accused Turkey of breaching the arms embargo.

Oil-wealthy Libya has been in turmoil since a 2011 revolt toppled longtime leader Muammar Gaddafi. It has since become a battleground for rival proxy forces.

A solution to the conflict would be important for Germany, France and Italy, because smuggling gangs bringing refugees and migrants across the Mediterranean Sea to Europe benefit from the chaotic situation.