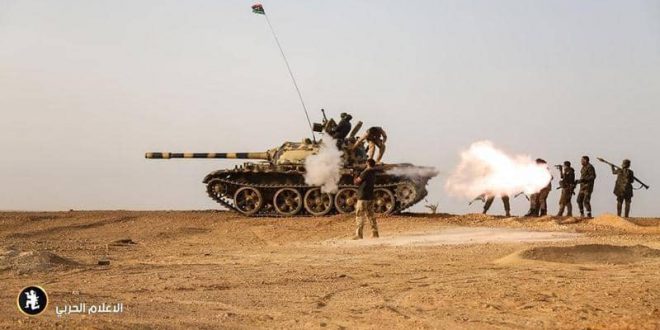 The UN mission to Libya on Saturday urged authorities in the war-wracked North African country to cooperate with a fact-finding team tasked with investigating alleged human rights abuse.

“This body of experts will serve as an essential mechanism to effectively address the widespread impunity for human rights violations and abuses committed, and can also serve as a deterrent to prevent further violations and contribute to peace and stability in the country,” she said, according to a UN statement.

The UN mission in Libya, UNSMIL, on Saturday welcomed the appointment of experts Mohamed Auajjar, Tracy Robinson and Chaloka Beyani, and urged the “relevant Libyan authorities to extend their full cooperation to the Fact-Finding Mission on Libya”.

The investigation was necessary amid the “deteriorating security and the lack of a judicial system” in the country, the UN had said this week.

Oil-rich Libya has been torn by conflict since the 2011 toppling and killing of dictator Muammar Gaddafi in a NATO-backed uprising, with rival administrations vying for power.

The crisis was exacerbated last year when military strongman Khalifa Haftar, who is based in the east of the country, launched an offensive to seize the capital Tripoli, seat of the UN-recognised Government of National Accord (GNA).

On June 22, the UN’s top rights body created the fact-finding mission to document violations committed since 2016.

The move came after GNA forces, with Turkish support, repelled Haftar’s 14-month siege of Tripoli and launched a counteroffensive, inflicting several other setbacks on the eastern strongman.

Mass graves were later discovered in areas seized by GNA forces, prompting an International Criminal Court prosecutor to say they may constitute evidence of war crimes.

The appointment of the experts “comes at a time when Libyans are in dire need of justice and accountability,” UNSMIL said in a statement on Twitter.

“UNSMIL reiterates its strong support for a full and impartial investigation into alleged abuses and violations of international humanitarian and human rights law since the start of 2016.”

On Friday, the GNA and an eastern-based parliament backed by Haftar announced in separate statements that they would cease hostilities and hold nationwide elections.