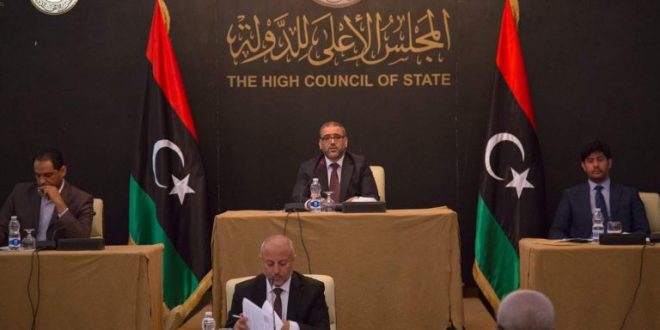 Libya’s High Council of State has categorically rejected dialogue with renegade General Khalifa Haftar stressing the need for an immediate ceasefire and to allow the Government of National Accord (GNA) to spread its control over all Libyan territory, Libya Al-Ahrar reported.

According to the channel, parliament urged the MPs to take immediate action to conclude all previous agreements regarding the reduction of the Presidential Council and separating it from the government, in addition to the implementation of article 15 of the political agreement regarding sovereign positions, the immediate opening of oil fields and ports, and holding those responsible for their closure and the waste of the people’s wealth to account.

It also stressed the importance of reforming the sector by re-establishing the Ministry of Oil and setting up a transparent and clear process regarding the work of the National Oil Corporation (NOC).