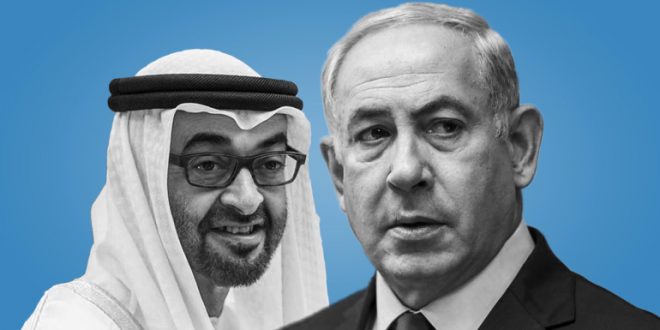 Israeli missile launchers have been delivered to Libya militia leader Khalifa Haftar by the UAE, sources close to the warlord’s forces revealed to The New Arab’s Arabic-language service.
Five Israeli LYNX rocket launchers, developed and manufactured by Israeli Military Industries (IMI), were included in the latest batch of weapons and military equipment delivered to the eastern-based general by the UAE.
The Gulf country is considered to be one of the biggest military backers of Haftar’s confederation of Libyan militias and foreign mercenaries known as the Libyan National Army (LNA).The rocket launchers could be used by Haftar militias as they engage the internationally-recognised Government of National Accord (GNA) in skirmishes.

Haftar’s forces launched an offensive to capture Tripoli from the GNA in April 2019. His campaign collapsed in June this year when militias allied to the Turkey-backed GNA gained the upper hand, driving his forces from the outskirts of Tripoli and other western towns.

This is not the first time that the UAE has supplied its ally Haftar with Israeli weapons.

Several reports of covert Israeli assistance to Haftar have emerged over recent years, including the training of pro-Haftar militias in “street warfare” by the Israeli military in 2019.

Haftar’s forces have international backing from the UAE, Egypt, Russia and Saudi Arabia, among others.

The chaos in oil-rich Libya has worsened in recent months as foreign backers increasingly intervene, despite pledges to the contrary.

The rival factions announced on 21 August a ceasefire across the oil-rich country, however, tensions remain and many are sceptical the agreement will hold.