Home / Normal / WHO supplies for east Libya attacked in Zawia by armed militias and diverted locally, other supplies stuck in Tripoli and Benghazi ports 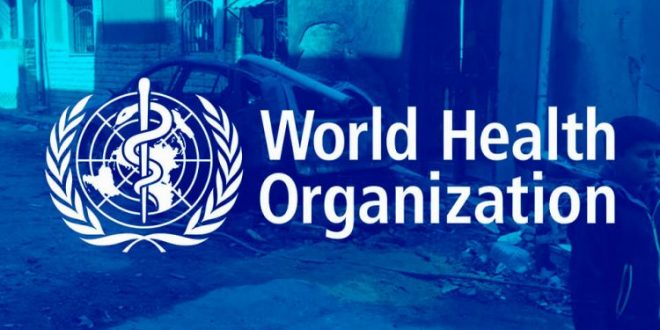 WHO supplies for east Libya attacked in Zawia by armed militias and diverted locally, other supplies stuck in Tripoli and Benghazi ports

The World Health Organization in Libya (WHO) revealed on Thursday that an armed group near the western Libyan city of Zawia intercepted one of its hired trucks on its way to Benghazi and Tobruk to deliver WHO supplies. The armed group directed the driver to deliver the supplies to a nearby health care facility.

WHO said that it has repeatedly asked the national Libyan authorities in Tripoli to intervene and ensure the supplies are restored to WHO for distribution to health facilities in the east and that as of 23 August, the supplies had not been returned to WHO.

WHO supplies stuck in Tripoli and Benghazi ports

On another note, WHO complained that it continues to experience delays obtaining the rapid release of its emergency and humanitarian supplies from Libyan customs.

It says it has raised the problem repeatedly with Libya’s internationally recognized Prime Minister, Faiez Serraj. and the head of Libya’s COVID scientific committee – but it says to no avail.

With Libya going through an exponential rate of increase in its Coronavirus, WHO says that these urgently needed items have been blocked in customs since 26 July 2020.

WHO said it is expecting a large shipment of oxygen concentrators to arrive in Misrata on 4 September. There are severe shortages of oxygen across the country, and these supplies are urgently needed for COVID-19 patients. It says it has informed the national authorities that these supplies are expected shortly and has asked them to secure their speedy release.

WHO also reported that when its representative travelled to Benghazi in the week of 29 August 2020 for meetings with senior officials, she repeatedly stressed that the COVID-19 situation was critical and asked the authorities to take the necessary steps to release COVID-19 supplies within 48 hours.

During her visit, supplies that had been blocked in customs in Benghazi for several weeks were released. The authorities in Benghazi have promised that future COVID-19 supplies arriving in the east will be released in less than 48 hours.

A large shipment of COVID supplies is due to arrive in Benghazi on 7 September, WHO reported.