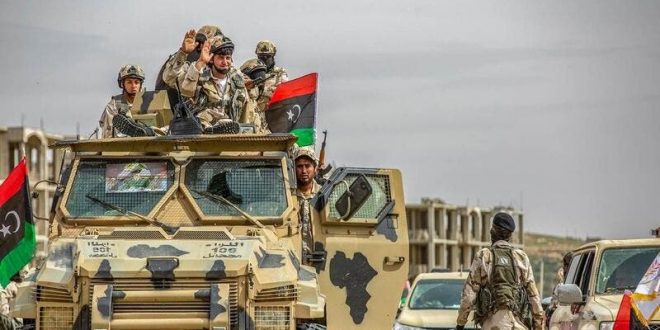 The spokesman for the Libyan Army under the command of the Government of National Accord (GNA) Mohammed Gununu said the Intelligence Unit had depicted a convoy of 80 military vehicles of Khalifa Haftar’s forces moving from Jufra to Al-Lood town, near Sirte.

The Libyan Army spokesman also said in a brief statement on Facebook that the Libyan Army forces are always ready to receive instructions to respond to the source of violations in the right place and time.

Gununu said Tuesday that Haftar’s forces fired Grad rockets on positions of Libyan Army forces in western Sirte in one more violation of the ceasefire announced by the Presidential Council and House of Representatives on August 21.