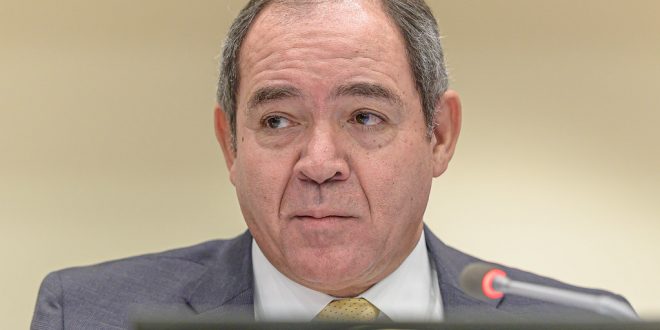 Algeria minister: We refuse to export arms to Libya

Algerian Foreign Minister Sabri Boukadoum declared his country’s refusal to supply arms to Libya, pointing out that dialogue between the Libyan parties is the only solution to the crisis.

Boukadoum’s statements were made on Tuesday evening during an interview with France 24.

“The future and security of Libya are very important for Algeria,” the minister said, stressing the outcomes of the Berlin conference, which highlighted the embargo on arms supplies to Libya.

The Algerian minister also revealed that his country and Tunisia were seeking to host a meeting to launch political dialogue between the parties engaged in the Libyan crisis, stressing the need “to involve neighbouring countries, especially Egypt, and countries surrounding southern Libya, as well as Italy, Malta and Greece”.

Libya has been divided since 2014 between the Government of National Accord (GNA) in Tripoli and a rival eastern administration in Benghazi, where Libyan National Army (LNA) commander Khalifa Haftar has dominated. There are also two separate Houses of Representatives each based in one city.