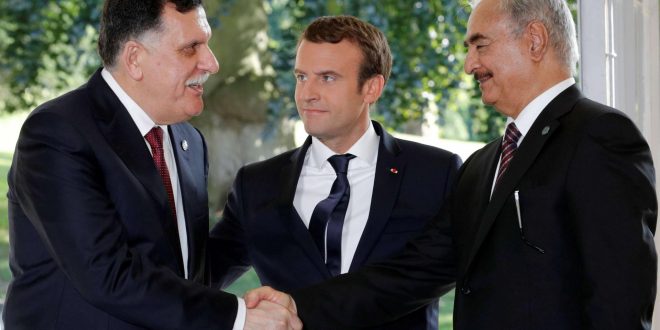 A spokesperson for Chairman of Presidential Council has denied the report of Intelligence Online, saying Sarraj will never meet Haftar now or in future regardless of the international mediation

The French website said the summit of the Libyan rivals will aim to pick up from where the Libyan Dialogue in Bouznika – Morocco, has ended, adding that France hopes German and Italian diplomats attend the summit.

The website also indicated that the upcoming meeting will be a preliminary effort as part of the work led by a team of French presidential advisors who are tasked with finding a solution to the Libyan crisis as part of Paris efforts to limit Turkey’s expansion in the region.