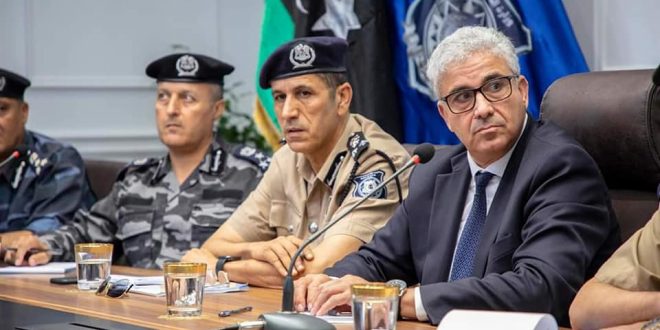 The Libyan Interior Minister Fathi Bashagha issued a decision aimed to start containing armed groups and fighters at the Ministry and dismantling others.

The decision split the targeted fighters into three categories: Red, Yellow and Green; the Red to be dismantled and the other two to be merged in the Interior Ministry apparatuses, after establishing a database to put the fighters in those three categories.

Libyan authorities have been trying to merge armed groups, formed during and after 2011 revolution, with the official security directorates so that the country can move from the revolutionary phase to the building of the state.

Many armed groups still reject this process and insist on forming an autonomous apparatus called National Guard, for which former Chief of Staff Mohammed Al-Sharif urged Al-Sarraj in May 2020, saying it would be for containing revolutionary fighters of February 17, 2011.