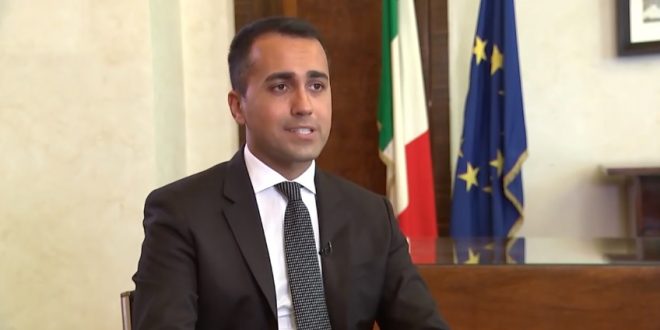 Italy rejects blackmail over release of nationals detained in Benghazi

The Italian Foreign Ministry has rejected extortion over the Italian nationals detained in Libya’s Benghazi.

The Italian Foreign Minister Luigi di Maio said on the radio that a government summit would be held to discuss this blackmail regarding the detained Italian fishermen in Benghazi, which Rome wouldn’t accept, adding Italy had contacted international actors who have influenced on Haftar to help release the fishermen.

“I have talked to the UAE and Russian Foreign Ministers Abdullah bin Zayed and Sergey Lavrov. They both have influence on Haftar and we will see if we reach any results.” Di Maio added.

Carmelo Zuccaro, the Catania prosecutor who was in charge of the investigation that led to the arrest of the four players, told the Guardian that ‘‘an exchange between Libyans and fishermen would be repugnant.’’

Meanwhile, Toni Scilla, the president of the association of Sicilian shipowners and fishermen, Agripesca, called the demand ‘‘unacceptable blackmail”.

“If we don’t have answers shortly, we are ready to block our fishing vessels and go on strike,’’ Scilla said.

The incident dates back to September 01, when two Sicilian fishing boats, named Antartide and Medinea, were approached by Libyan patrol boats that accused them of fishing in Libyan territorial waters and from there were transferred to Benghazi in eastern Libya, which is controlled by Haftar.

The four young Libyans were arrested in Sicily in 2015 and, after a long trial, were sentenced by the magistrates of Catania to 30 years in prison. They were accused of organising a crossing from Libya in which 49 migrants died.