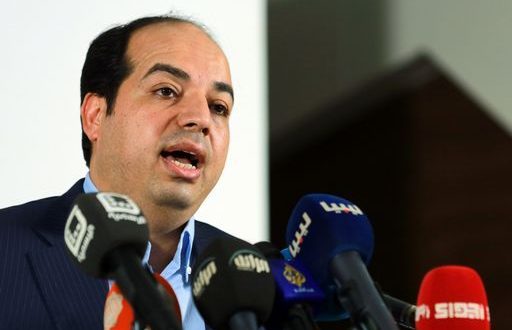 Ahmed Maetig, Deputy head of Libya’s Presidency Council, which is headed by Faiez Serraj, published on an official Libyan government Facebook page the terms of the agreement with Khalifa Hafter for the resumption of oil exports.

It must be noted that the terms were printed on unheaded paper and with no signature or official Libyan government stamps. This suggests that the document is more of a proposal paper than an agreement between Hafter and the Serraj-led internationally recognized Libyan government.

1-The immediate resumption of oil production and exports from all oilfields and ports.

2-The creation of a joint technical committee to oversee oil revenues and ensure their just distribution for the next three months.

3-The unification of the LD official exchange rate or foreign currency sales surcharge for all.

5-Resumption of opening of Letters of Credit and bank transfers for all products.

6-Putting in place an appropriate mechanism to benefit from the foreign exchange sales surcharge in financing development projects.

7-Additional finance to be offered to the National Oil Corporation (NOC) to increase production to previous levels within the agreed financial oversight mechanism.

The Role of the committee

2-Oversee the transfer of agreed money through the Finance Ministry

5-Oversee complaints from banks against the CBL

6-Oversee functioning of the bank clearance system without external interference

7-To investigate demands for additional allocations

10-The committee will continue its work until a national unity government is formed to run the country.

The proposal/agreement is extremely ambitious, and one sided. It lists many concessions by Tripoli to Hafter but non by the Hafter camp. For example, it does not mention what happens to the local and foreign pro Hafter forces, including Wagner forces.

It overlooks the reality of the dynamics in western Libya, Tripoli, and the Presidency Council. It assumes Maetig has the authority to get this agreement through. It ignores all the political and militia splits within western Libya. For example, there were media reports that Maetig was prevented from reading out this agreement at a hotel press conference by opposing militias yesterday.

The agreement assigns the committee powers that even the united Serraj government does not fully enjoy. It ignores the Tripoli CBL’s ”restraining” role on government spending. It assumes that the CBL is fully compliant to the Serraj government.

For example, the CBL has failed to unify the LD exchange rate across the board. Equally, the CBL sees the eastern banking system as a means for both Hafter and the eastern Libyan government of strengthening themselves politically and of exploiting the banking system through bank loans to increase the national debt. As a result it has shut down the clearance system with eastern Libya.

Currently, in view of Libya’s low revenues due to no oil exports and the crash in international crude oil prices, the CBL has put in place a limited list of permissible ‘‘essential’’ imports.

With regards to the public debt accumulated by eastern Libya, the agreement seems to incorporate it with the western national debt – which, in itself, is politically very contentious in western Libya. It means the Tripoli CBL subsidised Hafter’s war on Tripoli and all the destruction it caused.